Good morning and happy Monday, everybody! Definitely what we all wanted after putting a relaxing weekend behind us to log in and see this: 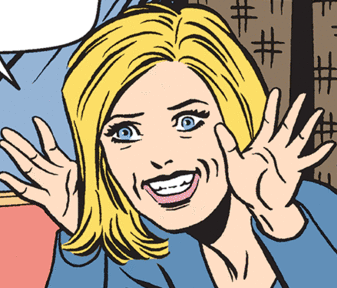 Look, there’s been a lot of buzz about AI programs that can generate art from prompts lately, but I’m pretty sure none of them could take “show the weird fake-happy-but-actually-enraged face your old-enough-to-be-your-mother babysitter would make at you to mock you for the infantile games you played at dinner with your former babysitter, who looks just like her” and come up with … this:

That’s the human touch, baby! That’s the level of passive aggression only Mary Worth and its carbon-based creative team can deliver, which why I’m proud to keep you up to date on it. Ha ha, look at how chill Zak is in panel two! This is all just a normal part of the world, to him!

I’m sorry, did you find the big “actually, everything weird that’s happened in this strip for the past ten years is due to time travel” reveal to be disappointing? Well, you’ll be happy to hear we’re shifting to an “it was all a dream” ending, something that has never disappointed anyone ever.

I love that Walt’s big garbage truck ride was part of his “bucket list” — that is, the things he wanted to do before he died — but he assures Mayor Melba that he’ll treasure the memory “forever.” Because that’s how long he’ll be alive! He’ll keep aging and aging but never know the sweet release of death! Sorry, Mayor Melba, you’re just a walk-on player in somebody else’s hell.