The current Dick Tracy plot takes a look at the age old battle between labor (the master forger who made a fake Da Vinci based on some recently discovered sketches) and capital (the underworld mastermind who connected him with the sketches and provided him with the resources he needed to create the fake). Marx teaches us that this kind of struggle is always a political one, but since this political instance takes place outside the bounds of state-sanctioned law, the politics are going to get pretty violent pretty quickly. I like that Art Dekko is calling in an (I assume) hired killer named “Kriptonite,” whose name implies that he uses otherworldly energies to kill superheroes in particular, but since Dick Tracy world is somewhat closer to our own than Superman’s, I assume he’s going to just shoot the forger guy with a gun, maybe a green gun. 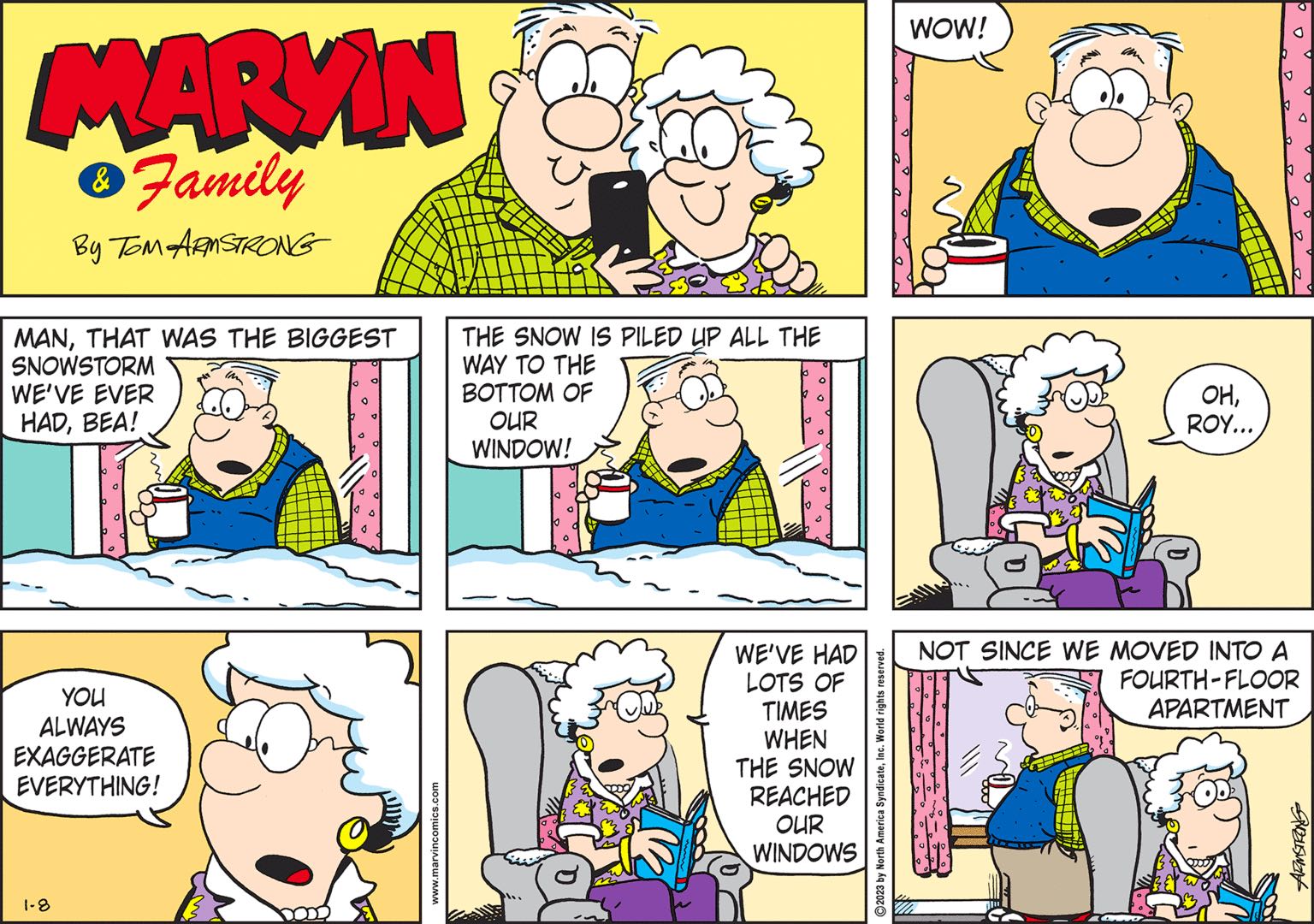 Not sure what Grandma’s final panel shocked expression is supposed to convey: her realization that they’re trapped in their apartment building after a massive snowfall, and now face death from starvation or hypothermia, or that she had completely forgotten that they moved from their single-family home into an apartment building, indicating that her dementia is progressing rapidly. 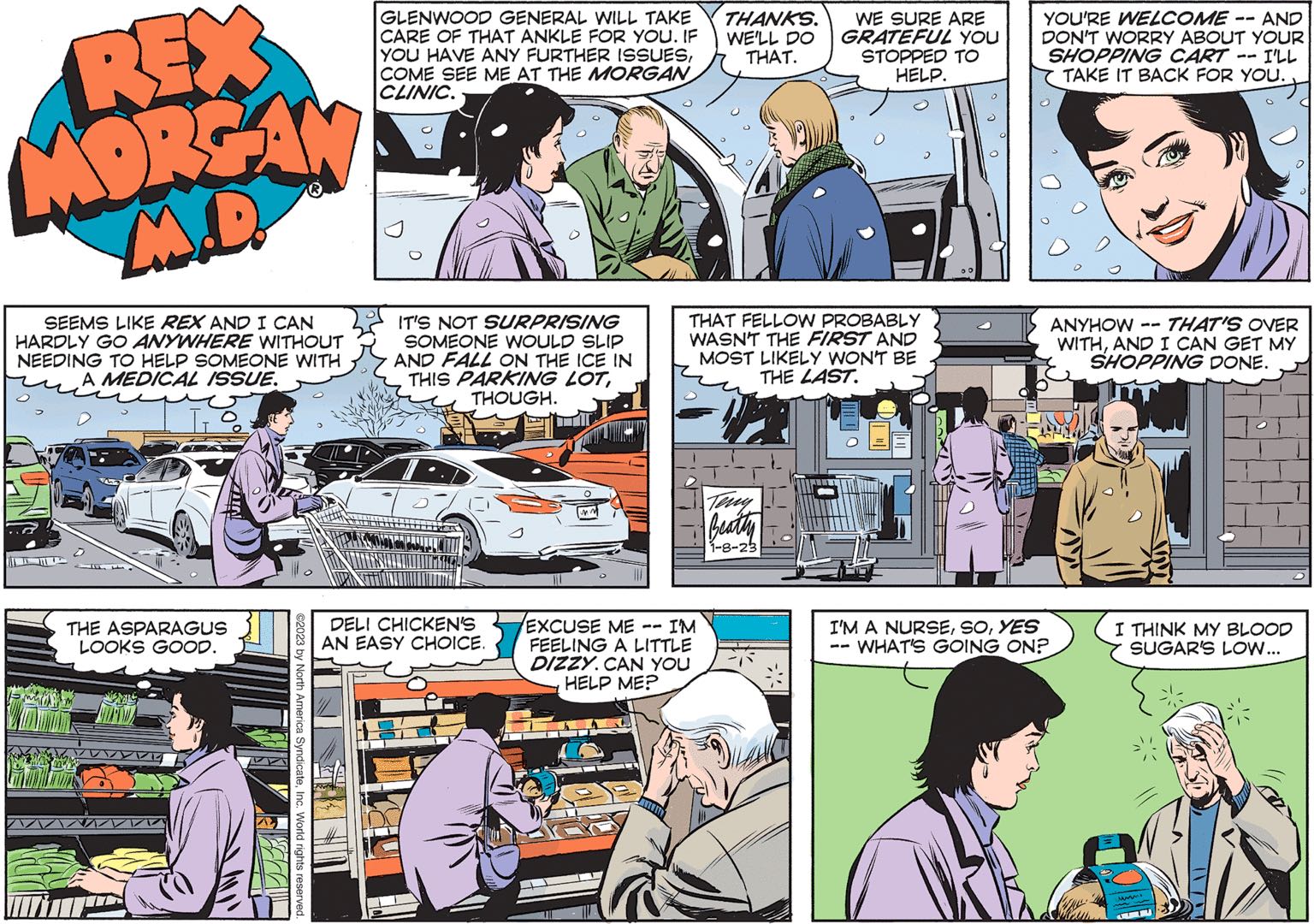