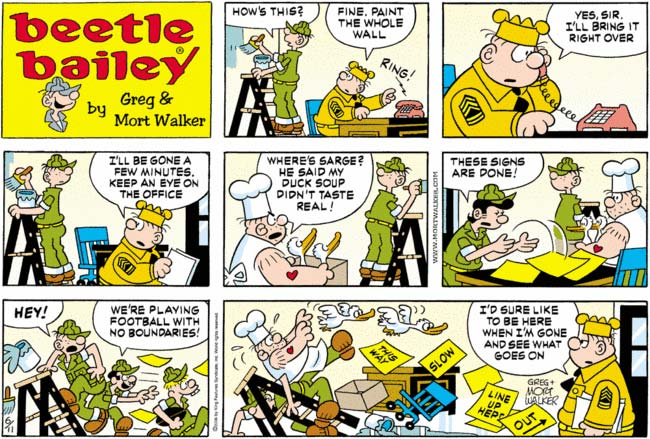 Here’s a strip that manages to completely undermine its own punchline, as near as I can tell. Because we were here to see what went on when Sarge was gone, and trust us, it wasn’t really that interesting. 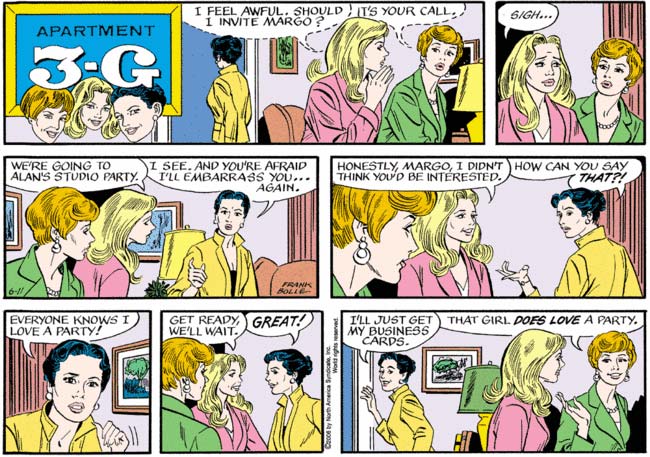 Here’s a good example of a strip where the throwaway panels in the top row actually have a great deal of impact on the meaning. When I read this strip in my paper today, without those top panels, I assumed that Lu Ann really didn’t care whether Margo came or not, but that sad face in panel two indicates that she knows all to well that Margo loves a party all too much. We readers, of course, can thank our lucky stars that this dark-haired dynamo is going to be crashing this artsy fartsy bash, because it’s gonna be wacky as hell.

I was going to complain that we just spent a week watching Tommie and Lu Ann getting ready for this shindig, and now we have to wait for Margo to primp herself as well. Then I realized that there’s a chance that we might see some Margo-in-sexy-underwear action, so I’m withholding my judgement for now. I don’t know what the hell is going on with her hand in panel four, though. That’s just weird. 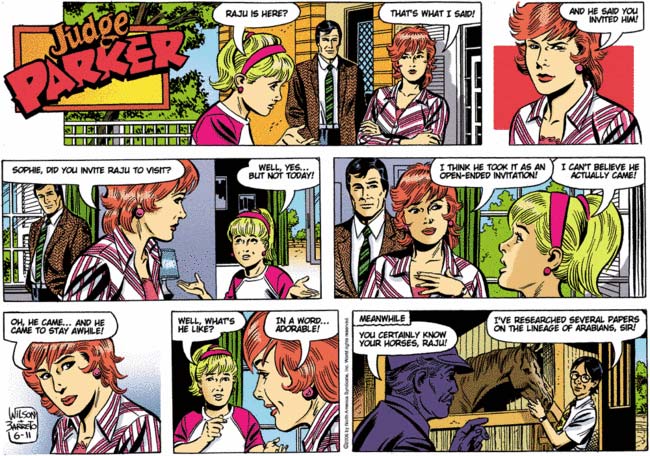 So we’ve learned that “Raju Mishra” is Bengali for “Brick House”:

I’ve been impressed with the new Judge Parker artist’s work so far, but today he met his ultimate test: Abbey’s hair. Of course, he’s constrained by the fact that his characters have to be recognizable as the people we’ve come to know and love over the years. He’s almost managed to make Abbey look like she’s chosen a hairstyle that a non-insane person would choose to go out in public in … almost. It think that this may be as close as anyone could expect.