I know that cancer is a tragic and serious illness, and affects the lives of its victims and their loved ones in many ways, large and small … but this, in a nutshell, is why Funky Winkerbean is the single most depressing comic in the newspaper today. 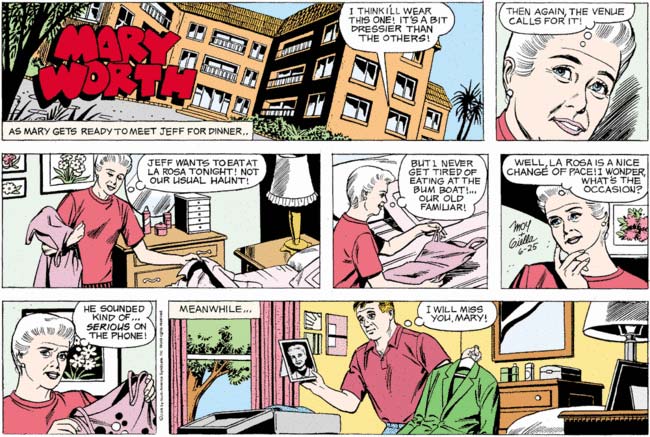 This, on the other hand, is pure God-damned comedy gold. Passing over the mention of the always snicker-worthy “Bum Boat,” I have to say up front and right now that if Jeff gives Mary her walking papers this week, it will make up for the last two lame-o storylines, and then some. Bonus points if she spirals downward into a pit of alcoholic despair. 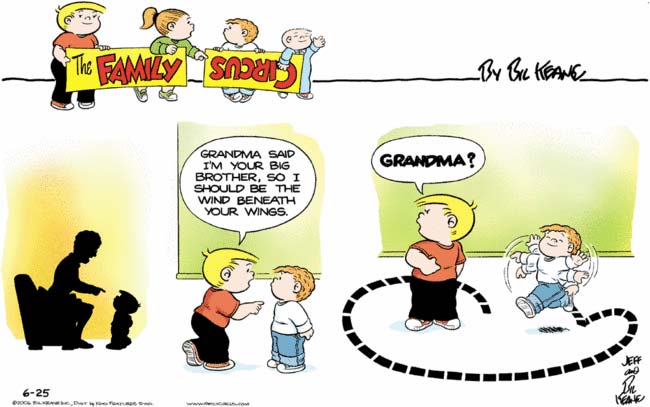 OK, one Family Circus featuring horrifying sibling dynamics, a multi-armed Jeffy attempting to fly, and Bette Midler lyrics? Perhaps attributable to a lapse of judgement, or too much booze. But two? That’s a cry for help, is what that is.