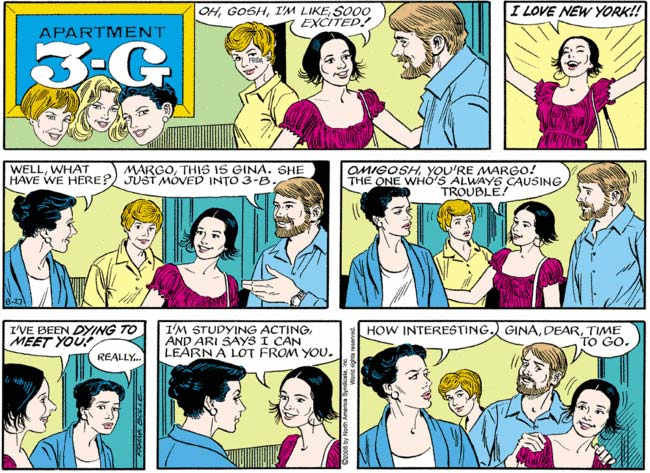 And New York loves you, Gina. Except for the part of New York that lives in your apartment building, whom you insist on insulting. Kids these days! With their hairy shirts and inability to filter their ids and whatnot. Still, we all should grateful for Gina, because her inappropriate blabbermouthery generated a rare triple head-bobble in panel four, though if Tommie isn’t secretly enjoying this display, I’ll eat Margo’s hat. Margo, meanwhile, gives us one moment of wounded vulnerability in panel five before launching a patented icy stare at the Professor in the final panel. Gina had better be taking notes right now.

Oh, and what the hell is going on with the word “Frida” randomly appearing on Tommie’s face in the first panel? Creepy. As. Hell. My guess: it’s a prison tattoo of the name of her girlfriend, who’s still on the “inside.” Watch out, Ted: she’s spoken for! 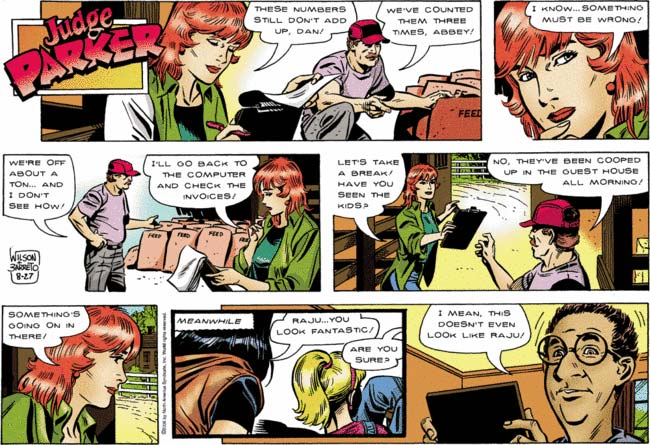 I don’t mean to harsh on the aesthetic endeavors of a pair of overpampered teenage girls, but I find Raju’s haircut, while an improvement over his old greaseball look, to be insufficiently hilarious. Clearly, we need to turn to a professional to get him Queer Eyed. Say, does Randy Parker have some spare time? I hear he’s not the marrying kind. If you know what I mean. And I think you do. No, not going to get married any time soon. No, sir.

Judge Parker seems to be jealous of Apartment 3-G’s newfound ability to keep several plot balls in the air at once, as it’s introducing yet another story thread: the case of the missing horse feed! I’m sure it will be riveting. 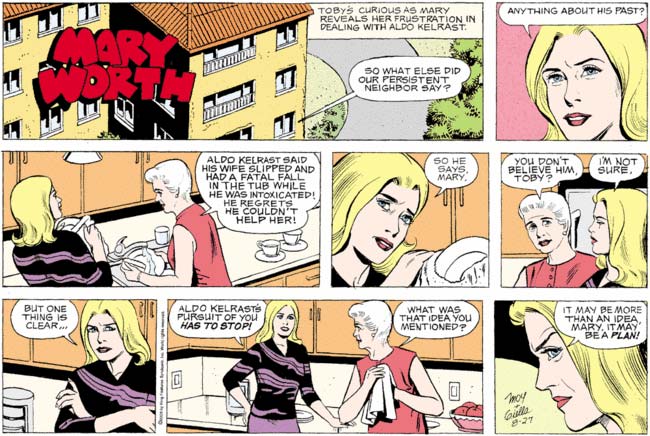 “Actually, it may be more than a plan, it may be a harebrained scheme!” If Toby’s plan involves Mary’s feminine wiles, a woodchipper, and a gross of industrial-strength Hefty bags, I for one will be a happy guy. Just don’t look directly at her shirt, or you’ll get seasick. 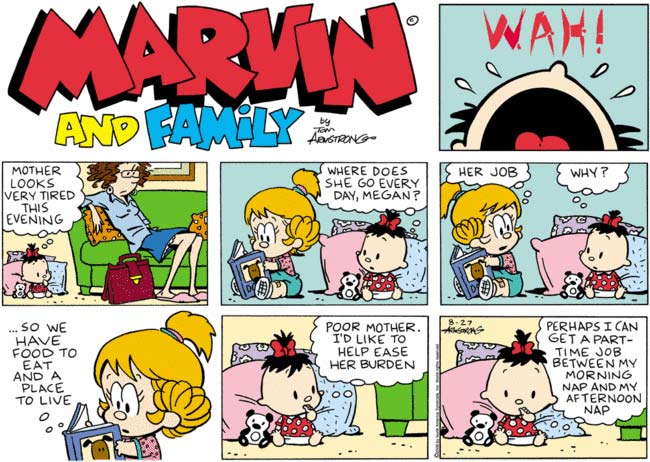