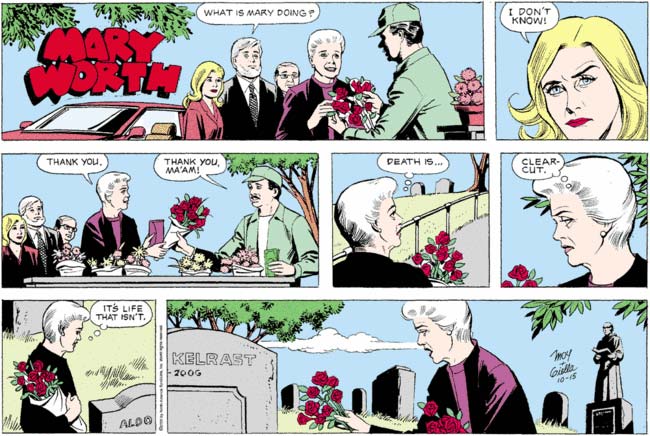 Can I confess something to you? Like Toby, I’m looking for closure: Closure on the Aldo storyline. Sadly, I think this may be as close as we’re going to get. I think the best we can say about Mary’s thought-balloon trip here, which is redolent of an old Burma Shave ad, is that it’s short and to the point. At least she’s trying to make a good show of things: her moronic trio of friends are just openly gawking at her, as if they’d never seen an act of human kindness before in their lives. 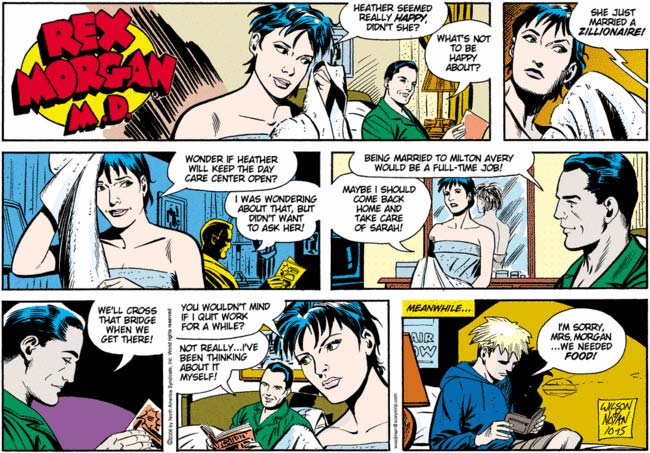 I was going to say that Rex contemplating whether or not June should quit her job without actually, you know, asking June is a bit retrograde, but then I realized that this is coming from the same creative team that’s having June parade about in a towel for our titillation.

It’s interesting that Rex is encouraging the only other medical professional who works in his practice to quit, especially since he recently agreed to help out at a free clinic for uninsured children. Maybe he finds being around his wife such a distasteful reminder of the heterosexual façade that is his life that he’s looking for any way to minimize his contact with her. “Yes, honey, you stay home with little Sarah, while I work at our practice … and the children’s clinic … I’ll be home … next week … maybe …”

Of course, it’s possible I’m misreading this and that Rex is talking about quitting his job for a while. In which case, I’m actually looking forward to the adventures of Rex Morgan, Unshaven and Unemployed Layabout. 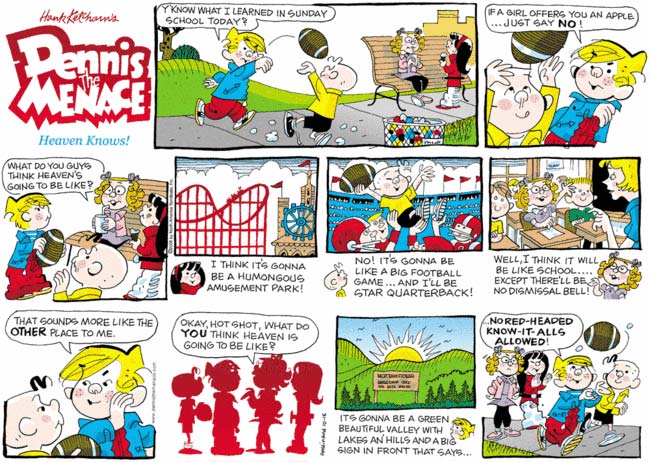 In an attempt to recapture his “menacing” cred, Dennis assumes the powers of divine judgement and condemns Margaret to everlasting hellfire!