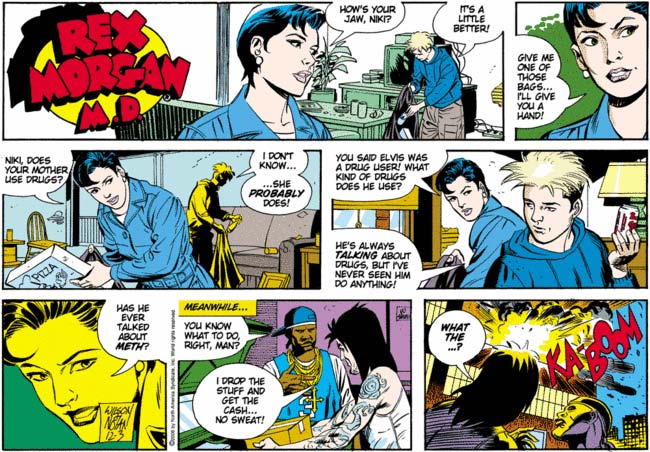 I see that Rex Morgan has broken down and introduced its first black character since January. Of course, he’s a drug dealer. I like the fact that, even in the midst of a causal business-related discussion with one of his employees, he’s flashing a gang sign — because he’s that hardcore about being a gangsta. Even though we can’t see his hands in the final panel, I’d like to belive that he’s maintaining that gang sign as his lab goes up in flames. Because he’s that hardcore.

Meanwhile, June’s hit the nicey-nice trough of her emotional roller-coaster ride. As a result, Niki’s starting to warm up to her, but since her reflexes aren’t so hair-trigger at this point in her cycle of psychosis, he should really be using this opportunity to flee. That’s what Rex does. 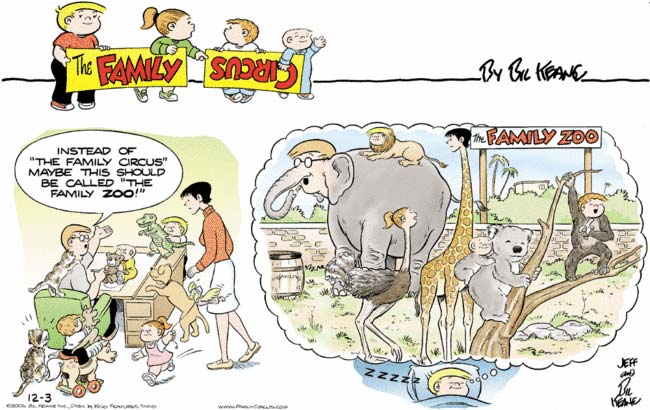 A commentor with some kind of inside track on the funnies posted a link to this earlier this week, but I still wasn’t emotionally prepared to see Billy’s monstrous peyote-fueled nightmare in living color in the paper. I think I’m most disturbed by Daddy: everyone else at least gets a human head on an animal body, but the horrifying combination of the man’s face with the prehensile trunk and huge, drooping ears nearly sent me over the edge. I do kind of feel bad for PJ, who has to be a feeble, hapless infant even in this twisted Dr. Moreau-esque hellscape. 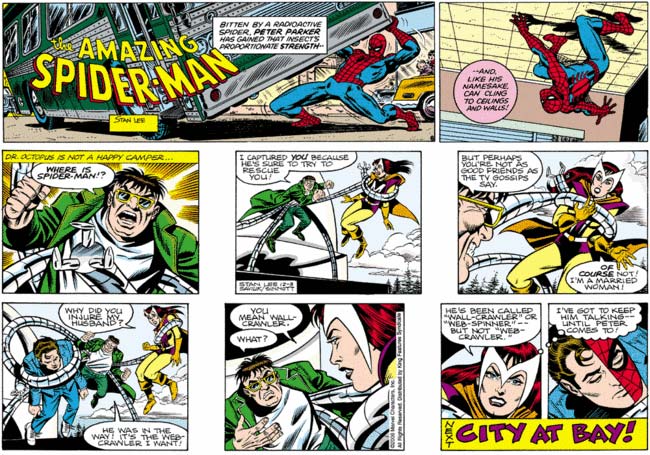 You know, MJ and Doc Ock’s semantic “web-crawler” vs. “wall-crawler” vs. “web-spinner” debate is the most exciting conflict this strip has seen in, well, ever. If the city is going to be held at bay for the next six weeks by further argument along this line, I for one am willing to accept that. 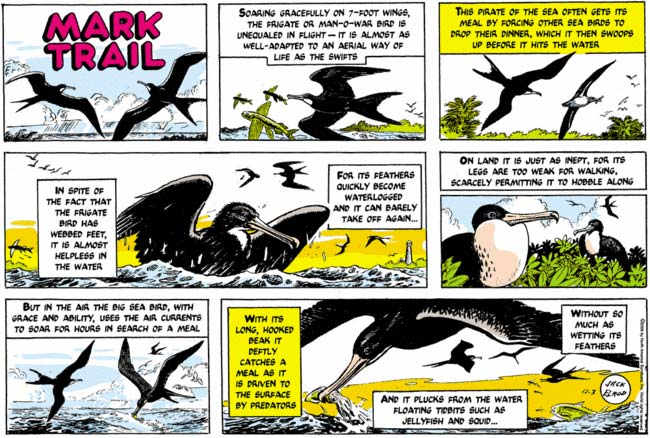 You know, I … I had always assumed that pirates were the pirates of the sea. Call me crazy.