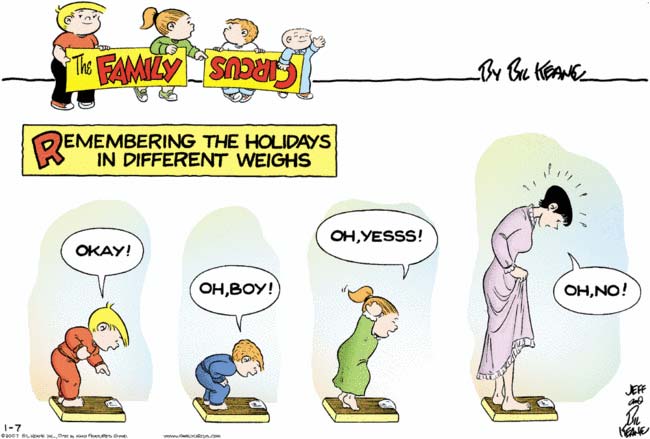 I had thought that the whole “childhood obesity epidemic” was something of an overblown moral panic. But that was before I saw the Family Circus clan celebrating their holiday weight gain. Kids! Competitive eating isn’t cool! Just because that freakishly thin Japanese guy can eat 78 hot dogs in an hour or whatever doesn’t mean you should try it at home. 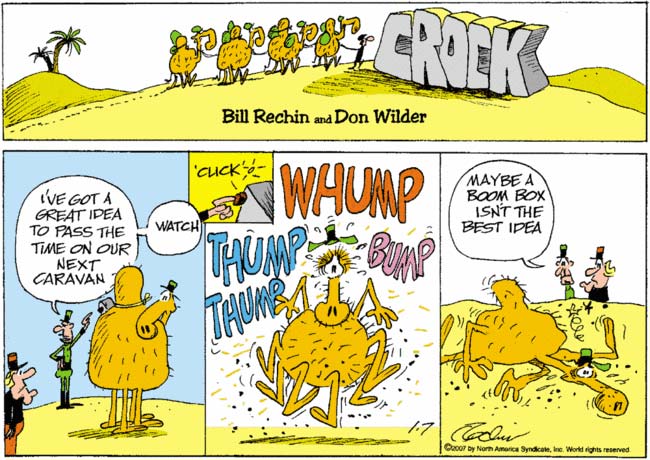 At first I thought the saddest thing about this Crock was that “WHUMP THUMP THUMP BUMP” was supposed to be music of some kind, probably rap music. Then I thought it was that the artist might actually believe that a boom box is a featureless grey box with a single button on the side. Then I thought it was that the whole “boom box” thing was a desperate stab at relevance at some kind for the “kids today.” Then I realized that trying to work out the saddest thing about this cartoon was in itself a deeply depressing exercize. 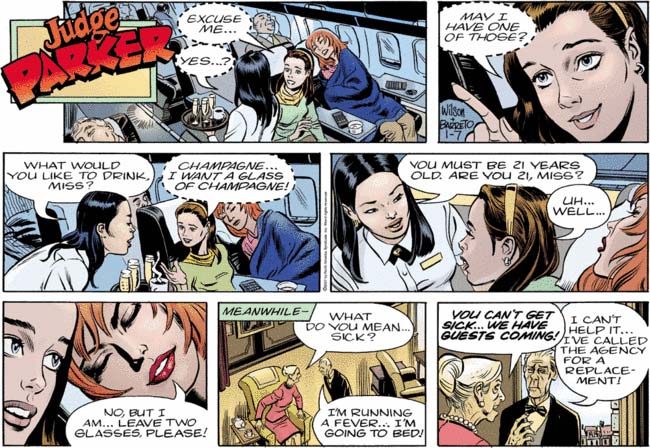 Oh man, Abbey’s misguided attempts to be a “cool parent” in Paris are going to be aweseome. She’s already getting Neddy drunk and they haven’t even landed yet. I can’t wait until Ned picks out the cutest boy, and Abbey has to go seal the deal. “My daughter, she is lovely, yes? You would like to make sweet Franco-American love to her, yes? I can make that happen.” 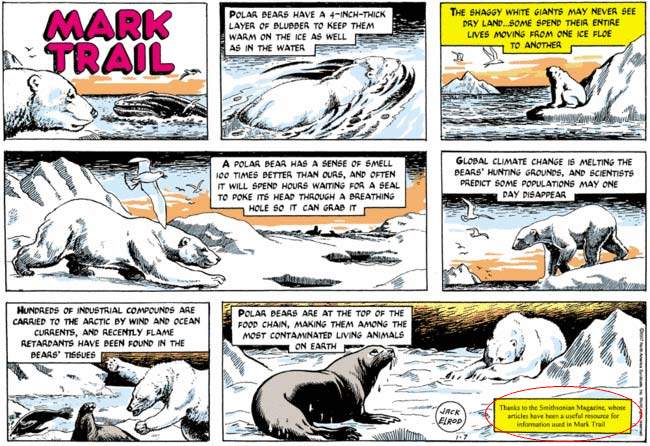 For those of you who can’t make out the type in the yellow box at the lower right that I’ve circled for you, it reads as follows:

Thanks to the Smithsonian Magazine, whose articles have been a useful resource for information used in Mark Trail.

Allow me to translate: