For reasons I can’t explain I find the hillbilly library in panel one of this strip incredibly charming. It’s not just a thatched-roof, ill-built wooden shanty — it’s a thatched-roof, ill-built wooden shanty with a wooden monumental neoclassical entrance, complete with columns, which are presumably the trunks of local trees. It’s like the cargo cults of New Guinea: these poor mountain folks, having once been exposed to book-learnin’ during the heyday of the Tennessee Valley Authority but unable to produce any themselves, built this shell of a library and filled it with fake books in hope of recapturing the city slickers’ magic.

In the interest of keeping foobish vitriol to a minimum, I am only going to discuss Weed’s dialogue in the second panel here; frankly, it arouses quite enough vitriol to go around. Mainly it strikes me as a particularly egregious example of Things Nobody Actually Says, to wit:

Take a good look at Jeff’s facial expressions in these two panels. In the first, he’s actually grinning a little, as if he’s pleased that Mary, to the extent that she’s capable of expressing human need, is begging him to come home with her. Then she reaches out to touch his face, and he recoils in anger and disgust. 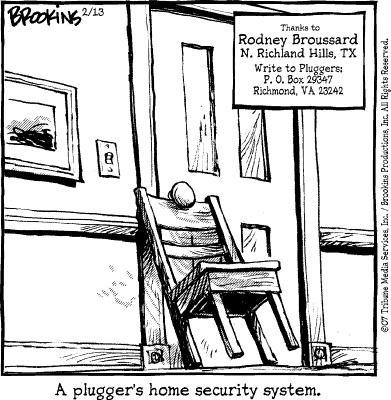 Generally speaking, a plugger will barricade himself in his bedroom, shrieking about how he’s not going to turn his motherfucking back on you for one God-damned second, you cocksucker, on the sixth day of his meth binge.