OK, despite the fact that Mark Tatulli has made a few comments on my site, I’ve managed to not cover his relatively new strip Lio here, mostly because it’s good. Still, how could I not share this with those of you who haven’t seen it? (Though based on the number of you who’ve emailed to me, I’m guessing that number is pretty low.) While there’s a long tradition of comics artists good-naturedly snarking on each other in their features (see today’s Pearls Before Swine for another installment in the long-running mock feud between Stephan Pastis and Get Fuzzy’s Darby Conley), I do have to wonder if this will be seen within the profession as crossing some kind of line. Watch yourself if you’re ever in Canada, Mark, is what I’m saying. 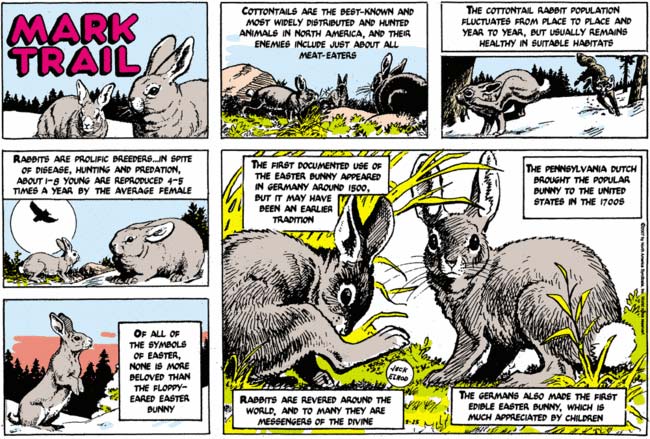 I don’t want to alarm you, but I’m pretty sure that Mark Trail is a tool of the anti-Christ. Two years ago, the Christmas installment consigned baby Jesus to the throwaway panels and focused most of its energy on that thinly veiled pagan nature spirit, Santa Claus. Now, this ostensibly Easter-inspired strip contains exactly zero crucified saviors, but makes the shocking claims that rabbits are the most beloved symbol of the holiday and that they are messengers of some higher power. Also, it keeps bringing up the Germans, so I think Mark is probably a Nazi as well. 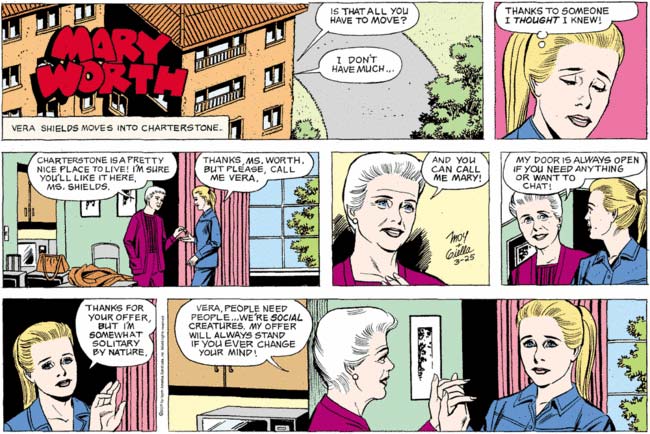 What in the good lord’s name is Mary doing to Vera’s hand in the last panel? It’s like she’s realized that Vera is so eager to move into Charterstone that she can get away with all sorts of abuse of the sublettor-manager’s code of ethics. “Yes, Vera, all new Charterstone tenants get a complimentary two-hour knuckle massage! Now, hold still.” 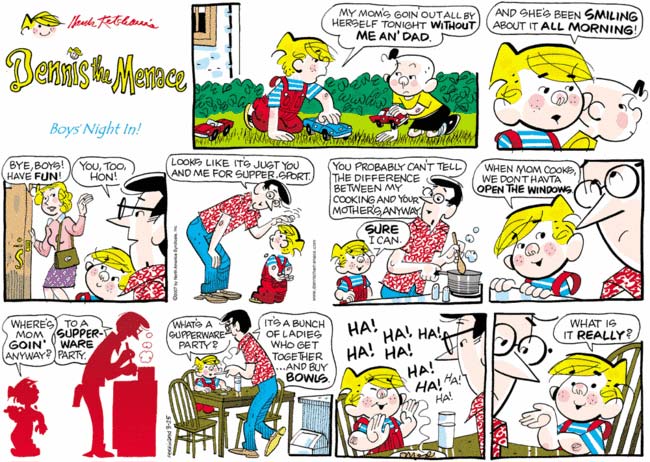 Mom’s been smiling all day about going to a party that involves “bowls.” I see a heartbreaking Reefer Madness-style future series in which Dennis and his dad must break Mrs. Mitchell from her insatiable appetite for marijuana.