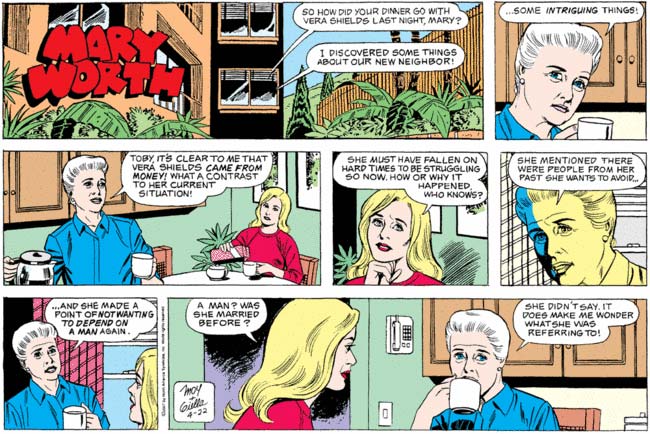 You know, I will defend at great length the entertainment value to be found in Mary Worth, but I have to admit that a significant amount of its content essentially consists of small-minded upper-middle-class suburban white people gossiping about each other. I’m somewhat horrified but not entirely surprised that Toby and Mary immediately go from “man trouble” to “married.” “Vera didn’t say she had been married,” Mary noted as she tapped her coffee cup against her teeth, “but I have to assume that she was, since her problems seem to involve a man and she never mentioned that she was a whore.” 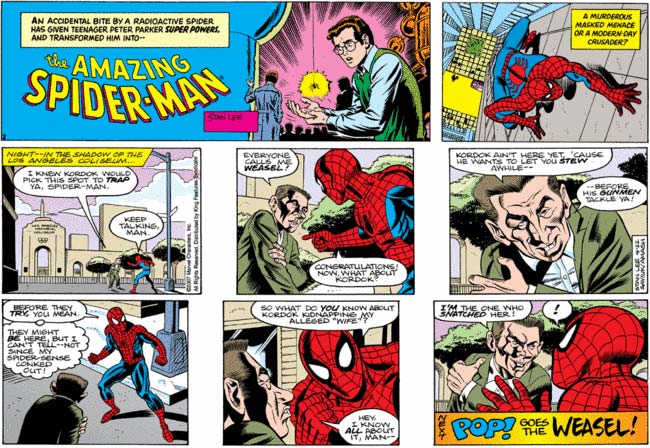 It’s a well-known fact that the only bit of wit or verve you will encounter in the newspaper strip version of the Spider-Man franchise lies in the overwrought NEXT! boxes at the end of the Sunday strips. Based on today’s, I hope that an angry Kordok will ultimately throttle this flat-topped turncoat until his misshapen head bursts like an enormous zit.

The signs are all there, so we might as well just lay back and enjoy it: Sally Forth is slowly but surely turning into a non-stop fuckathon.