Thank God the helpful narration box tells us that Gail Martin’s tour has hit the weirdly specific spot of Wheeling, W.Va., because based on the soul-crushing Stalinist architecture on display in panel one, I would have guessed that she was just finishing up three triumphant nights in Bratislava’s Štadión Petržalka.

As many of you have noted, Gil Thorp’s trademarked Hideous Disembodied Claw-Thing™ makes an appearance in panel three, but there is hope for humankind: when you compare it to its previous appearances you can see that it’s losing fingers. Soon we’ll be safe as Earth’s corrosive atmosphere causes it to dissolve altogether!

“And by ‘come check on you,’ I mean ‘shoot you in the face with his enormous shotgun.’ Don’t worry, I’ll be right here, lurking safely in the bushes until you distract him with your screams of agony!” Christ, it’s no wonder that Sam is attempting to withdraw her head into her shirt, turtle-like. 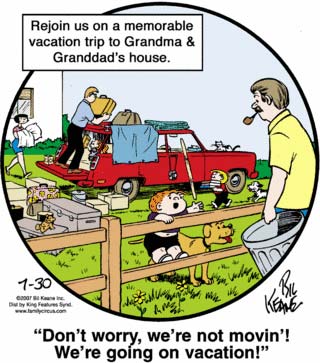 Man, that’s a great, subtle expression of brief hope flickering out on the face of Pipey McMustache there. It’s almost a little cruel to drag it out in a rerun to make him feel that disappointment again.