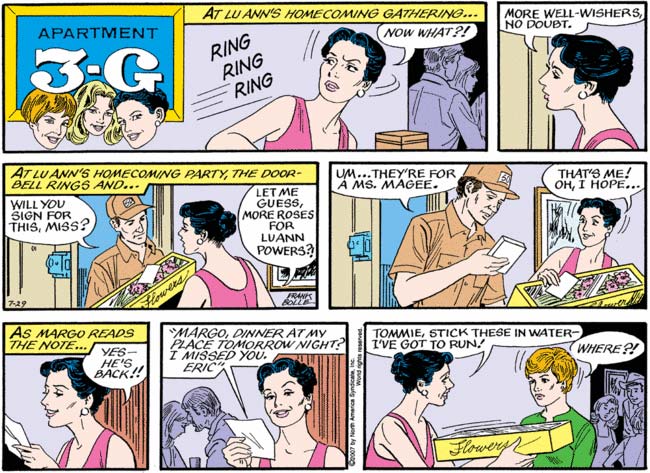 For shame, Margo Magee! I seem to remember that a certain young brunette was very pleased to received all sorts of aesthetically unsettling knickknacks from total strangers celebrating her liberation from white slavery. So don’t begrudge the brain-damaged girl her moment in the sun, OK?

Unless Eric’s note features magical talking handwriting, Tommie doesn’t know what it is that has Margo so excited, but we can all still join her in a hearty “Where?!” Eric said “dinner at my place tomorrow night”, Margo. Either she’s planning on spending a full 24 hours primping for their reunion, or she’s going to burst into his apartment early and catch him in the arms of his sister-in-law. Either way, it’ll make for four to six weeks of good fun. 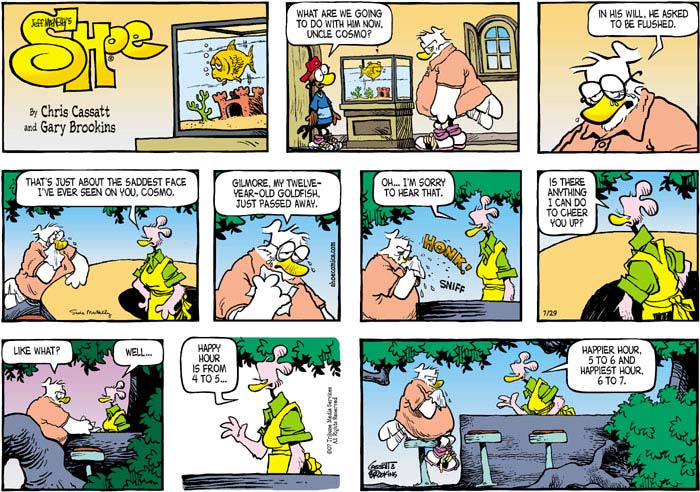 I’m really starting to worry about Shoe. As I’ve noted, the strip suddenly seems fixated on wasted lives and impending death. Today, as if five consecutive panels of a sobbing, emotionally distraught Perfesser weren’t enough, in the first panel we actually get to see Gilmore the Goldfish’s last moment on earth, his heavy-lidded eyes solemn with the sudden realization that for him, the veil separating this world from the next was about to part and he would forever transcend to the beyond. Then, for good measure, we’re shown his corpse. Bizarrely, the whole thing is capped off with a nonsensical joke. It’s as if Roz is telling us that the only way we can escape the crushing pain that comes with the knowledge of our own mortality is by taking refuge in the deliberate nonsense of Dada.

The Moment We’ve All Been Waiting For is here, more or less, though surely Darrin will spend weeks moping aimlessly with the knowledge that his birth mother is dying of cancer before he actually works up the nerve to talk to her. I mostly wanted to point out his look of stunned horror as his face looms above the “BEAN” in Winkerbean in the first panel. It really nicely encapsulates the mood of the strip, though it does leave us wondering about his mouth — a perfect O of shock, or a grimace of emotional distress?

Finally, today’s Mary Worth is too horrible for me to contemplate, but I did want to share this pic from faithful reader Dan, who offers it as proof that tiny, tiny horses like the ones Drew and Dawn are riding do exist — in Mongolia! 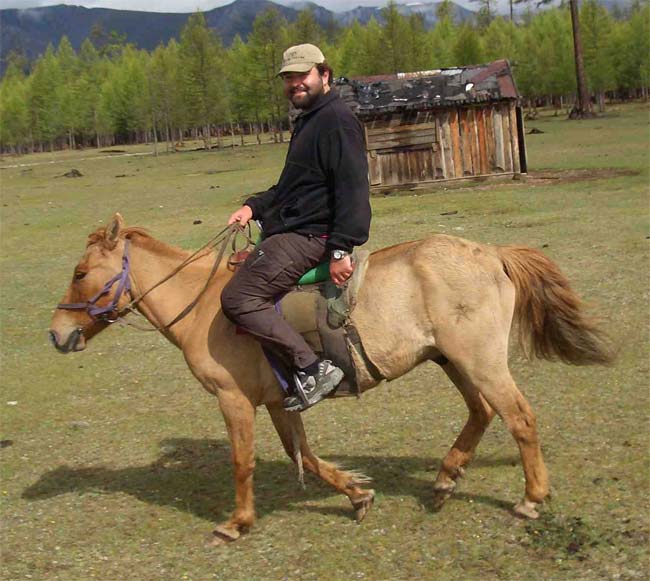 This frankly opens up a number of wonderful possibilities. Are Drew and Dawn training in the art of nomad horsemanship? Will they join a fearsome horde of warriors, swooping down upon the settled folk, burning their homes, stealing their gold, and leaving piles of bones in their wake? Will Charterstone be their first target? Please?