Man, forget Miss Buxley; Private Blips is obviously where it’s at. Girl is clearly a stone cold freak. She’s gone way past what some dirty book can do for her, and now she’s just going to get any man who walks into the office to talk dirty to her. Miss Buxley’s look of horror in panel two just shows that she’s just a girl, totally unable to deal with the raw sexuality of a real woman like Private Blips. You go, girl!

Killer’s “quivering hat symbolizing arousal” still kind of grosses me out, I have to say. But hey, Blips, whatever floats your boat.

You would have thought that Crock had already brought Grossie to the nadir of degradation, perhaps at the very moment at which it chose to name her “Grossie.” But now, with nobody around to make fat jokes about her, she’s being forced to make them about herself. Classy! 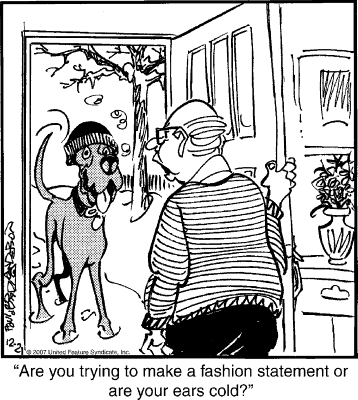 “Or perhaps you’ve killed your owner and you’re wearing his hat, along with the top of his skull? Yes, that seems most likely, actually.”