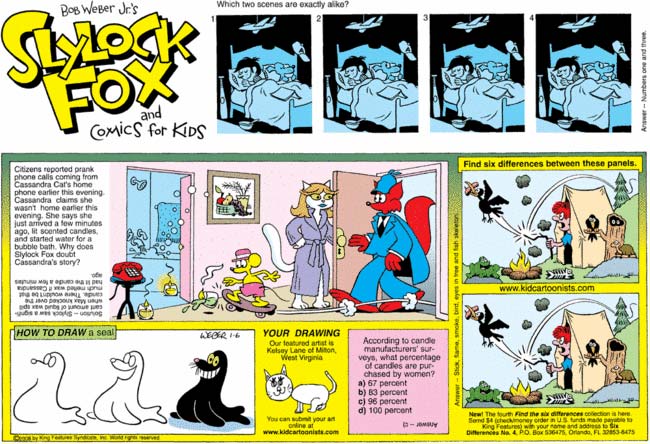 OH, COME ON, SLYLOCK! I can’t make out the solution to this mystery in its small typeface, but I especially can’t make out why the two of you aren’t making out right now. “Prank calls,” indeed. I’m assuming that the only way the usual slack-jawed bunny and bird townsfolk were able to figure out that these sexy, sexy phone calls were coming from Cassandra was through top-secret technology called “caller ID.” Therefore, by my powers of deduction, I come to the conclusion that she wanted to be caught — caught with a full bubble bath and a bunch of scented candles. And who do you bring over? Max. Frickin’ Max. Unbelievable. That’s it, I’m on Team Cassandra! Who’s with me? (Buy the shirt if so, obviously.)

I’m not sure if I mentioned it in a blog post, but a few weeks back there was some mild degree of controversy because Zits delved into the darkest, most offensive world of sexually charged street lingo. Specifically, there was a strip that featured Jeremy uttering in the word “sucks” — not in the sense of anybody specifically sucking on anything in particular, but in the general sense of the situation he was in being suboptimal, in the way that teenagers have been doing since at least five years before I was born. Several newspapers actually pulled the strip. Anyway, it baffles me that said word caused a kerfuffle and yet Scott and Borgman walk the streets as free men after foisting this image onto our brains, is what I’m saying. 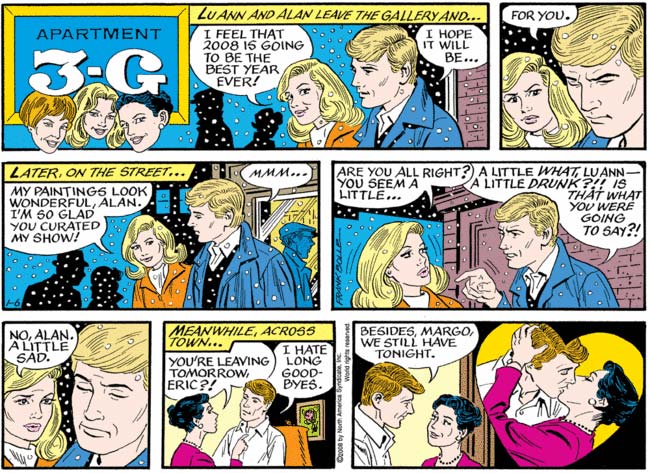 (P.S. Don’t forget that Comments of the Week now appear on Mondays! So you can go to bed now, is what I’m trying to say.)