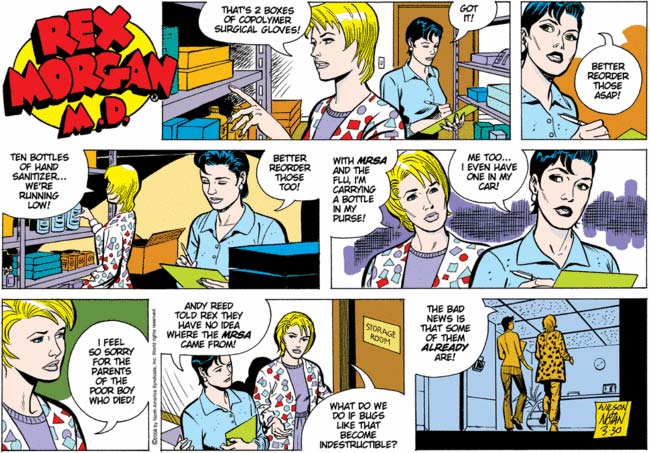 While Rex does his best to wriggle out of any obligation he might have to fight MRSA, June, it goes without saying, knows what has to be done. Specifically, she’s preparing to protect herself and the clinic from the coming Great Plague by insulating herself behind a wall of hand sanitizer and latex. I look forward to the climax of this story, when the hideous Infected, their flesh falling off in great chunks thanks to MRSA’s ravages, are desperately clawing at the gates to June’s hermetically sealed clinic. June herself, having taken on position of God-Priestess and absolute ruler of the Surviving Clean Ones huddling inside, will be on the ramparts, clad in a hazmat suit and wielding a very large shotgun. 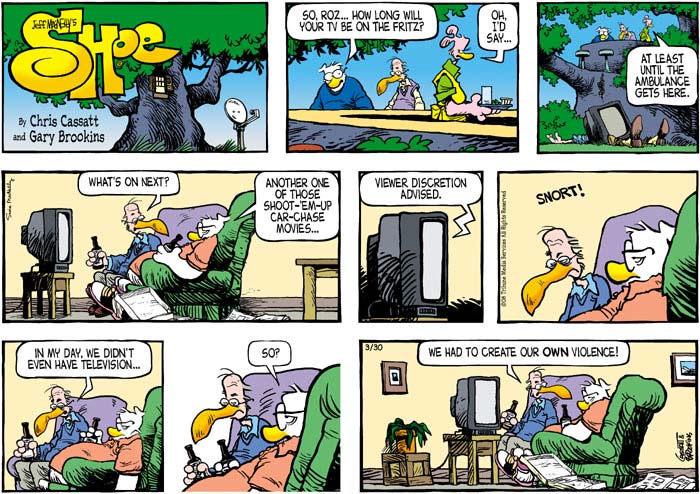 The Elderly, Angry Bird-Man With The Big Beak is quickly becoming my favorite Shoe character. (Admittedly, the competition for this title is not particularly intense.) Earlier this week, we saw him berate a child with nonsense in a vaguely threatening matter; today, beer in hand, he snorts derisively at the delicate sensibilities of us young folks, allowing himself to ruminate fondly on his youth, when he perpetrated acts of unspeakable carnage against the Nazis or striking Wobblies or whoever he fought Back In The Day. The throwaway panels prove that he’s still got it: he probably viciously bludgeoned that poor sap to death with the TV because he talked during Matlock or wore his hair too long or something, and Roz and the Perfersser are too terrified of him to say anything about it. 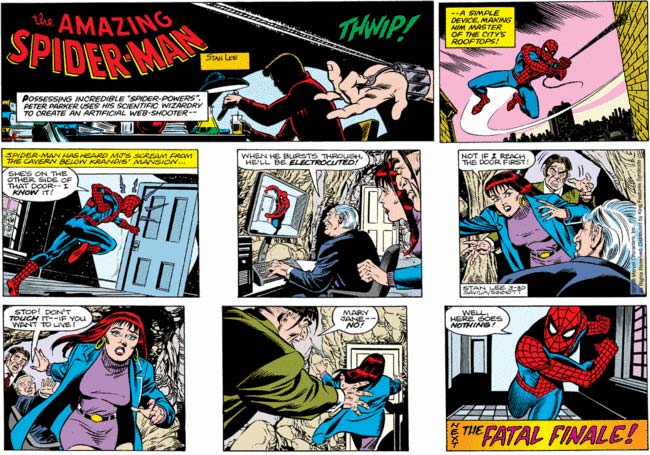 As I’ve frequently noted, the Spider-Man comic strip is some kind of elaborate literary experiment in narrative frustration, carefully designed to prevent anyone from drawing any kind of enjoyment from it on any level whatsoever. Its gamesmanship is all the crueler because it occasionally looks like it might become slightly engrossing, only to dash those hopes soon thereafter. For instance, you might be excited because today’s strip seems to imply that all of the major players in this painful storyline, including Spider-Man himself, are about to be killed by electrocution, thus ending the strip forever. But don’t worry: by Tuesday, the drama will have been resolved in the least interesting way imaginable, probably due to someone tripping and falling. 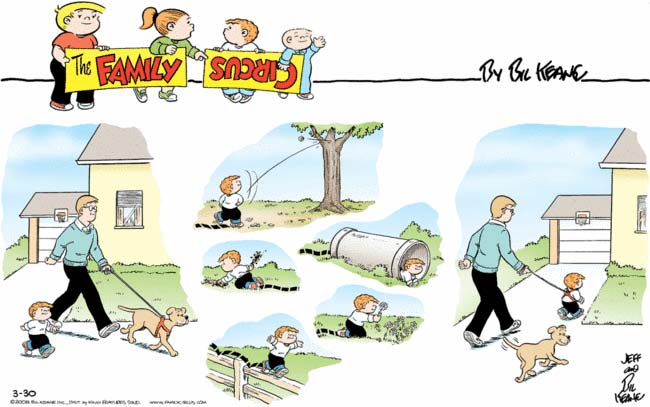