First, on Friday I got a mysterious box in the mail. What could it be? A bomb? A container of anthrax? None of these, it turned out! Instead, it was fabulous commemorative Family Circus plate from faithful reader Krazy Kat! 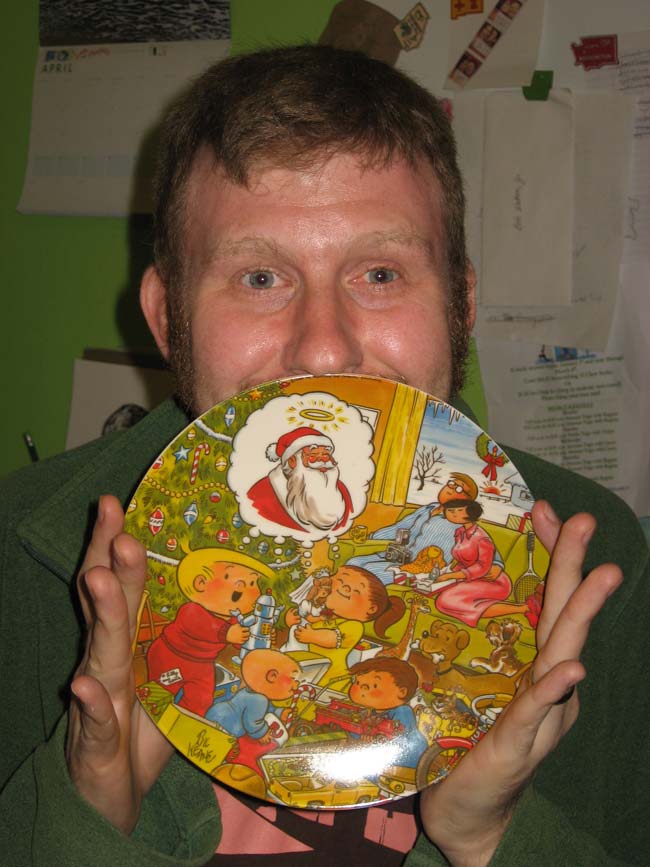 (By the way, does anyone know if you can actually eat off these commemorative plate dealies? I’ve heard a rumor that the paint on them is often lead or something equally unpleasant.)

Also! Faithful reader Harold, maker of several fonts, has developed one based on the lettering of former Gil Thorp artist Frank McLaughlin! Behold, Ohmigosh! Perhaps the new artist can swap it in for Comic Sans? It can be yours for a mere $30!