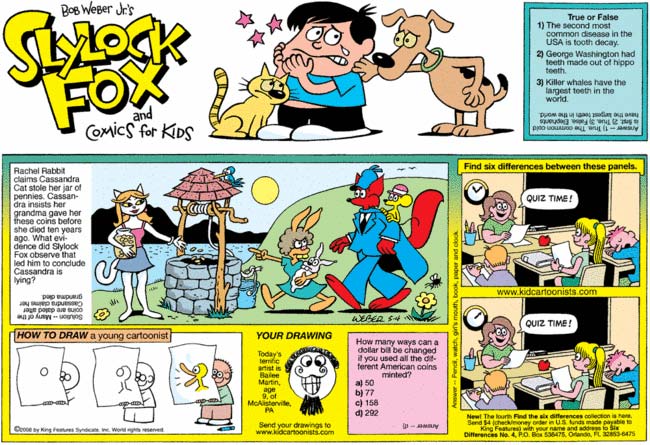 Hey, look, everybody! Cassanda Cat’s back up to her naughty tricks again! The crimes perpetrated in Slylock Fox are generally pretty small-time, but stealing a jar full of pennies from a rabbit seems particularly petty, the sort of thing one might do just to mess with someone, or perhaps to attract the attention of a certain law enforcement officer. The fact that she’s just dumping her ill-gotten gains into a well brings her contempt for the stolen property into nice focus.

(And hey! Don’t forget that you can buy Cassandra Cat stuff from the Comics Curmudgeon store!)

I also think the picture up top, with the cat and dog tending the poor toothachy kid, is very sweet. (Note: Domestic pets are not a substitute for professional dental care.) 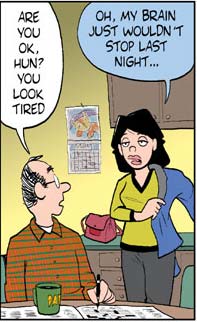 Today we learn that Luann’s dad has the same sweet little pet nickname for her mom that the British had for the Germans during World War I. I’m sure when they get amorous, she puts on one of those helmets with the big spikes on top and he begs her to “execute the Schlieffen Plan,” if you know what I mean, and I think you do. 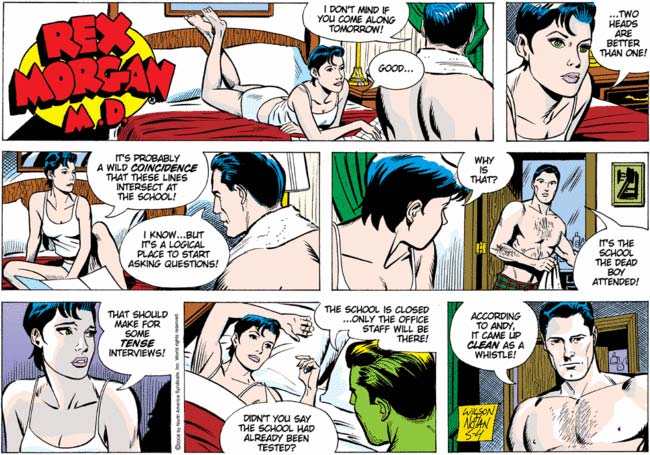 “Hello, we’re the creative team behind Rex Morgan, M.D.! It’s come to our attention that some of you find action-packed plots about blackmail, escaped prisoners, and flesh-eating bacteria to be ‘boring’! Well, what if you were able to enjoy those same plots … but they involved sexy people in their underwear? America, get ready for Rex Morgan, M.N.! The ‘M.N.’ stands for ‘mostly naked!'” 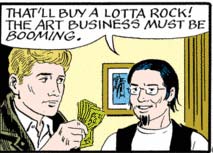 Lately, the Sunday Apartment 3-G strips have been even more obvious rehashes of the previous week than usual, leaving me virtually no reason to ever comment on them. This panel from today’s installment caught my eye, however, when you consider its parallel from Saturday’s strip:

It’s very sad that a clean-living young man such as myself has to lecture the comics industry on this point, but: DRUG LINGO IS NOT INTERCHANGEABLE. Also, it has evolved somewhat since 1953. Please do a minimum amount of Internet research before attempting to deploy “street” talk in your comic. You’ll be glad you did. 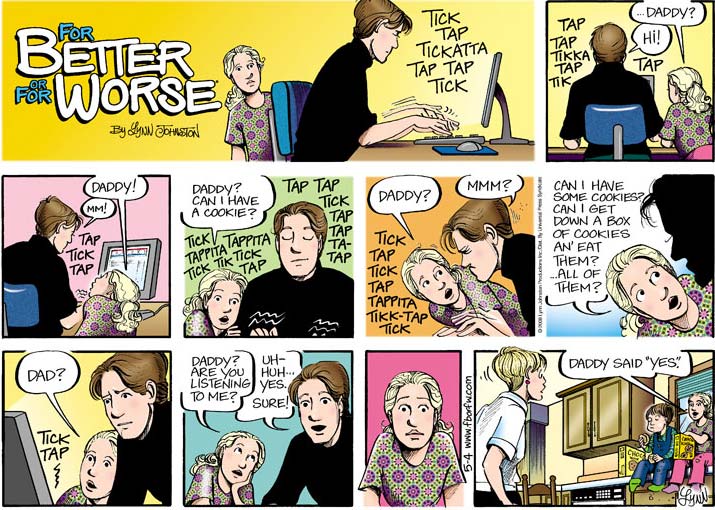 Ha! It’s funny because Michael hates his children, and hopes that if he ignores them they’ll go away! The second and third panels of the second row are particularly instructive; I defy you to find anyone, even among touch-typists, who types with their eyes closed. He’s obviously just hammering away at the keyboard churning out nonsense to drown out his daughter’s desperate pleas for attention.