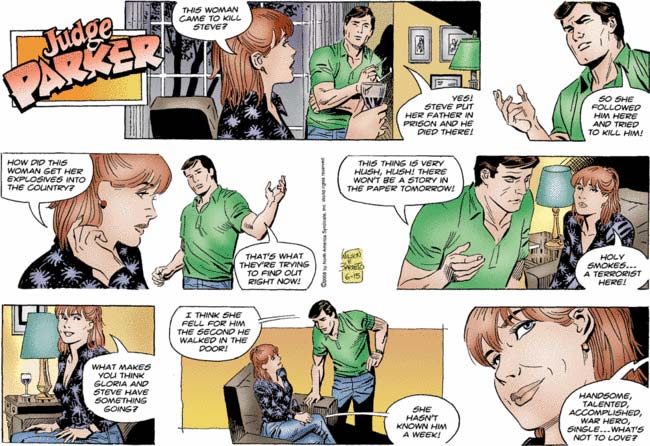 Yes, because obviously this woman would have had to bring her explosives with her from Terrorist Land where she lives. Here in the terrorist-free U.S.A., we never have any reason to blow things up! We solve our disputes and demolish our buildings with pure, unfiltered Freedom.

And speaking of Freedom, thank goodness we live in country where we have a free press that’s free to not report about attempted terrorist attacks on American soil. That’s certainly not the sort of thing the public would or should be interested in, after all. 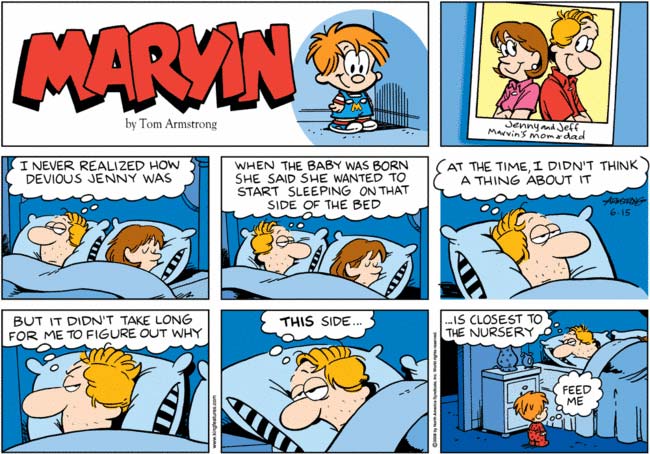 The first non-throwaway panel — in which an unshaven Jeff looks sidelong at his his sleeping wife and thinks “I never realized how devious Jenny was” — is creepy. But not as creepy as the first throwaway panel, in which we see Marvin in the same blue nighttime lighting, wide-eyed, grinning, and obviously ready to kill. The unspoken conclusion to his thought balloon in the final panel is “Feed me … with your flesh.” 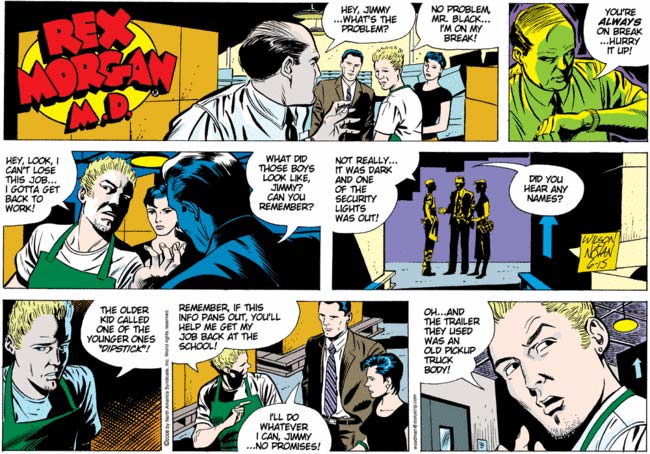 Get it? Because it sounds like … oh, never mind.