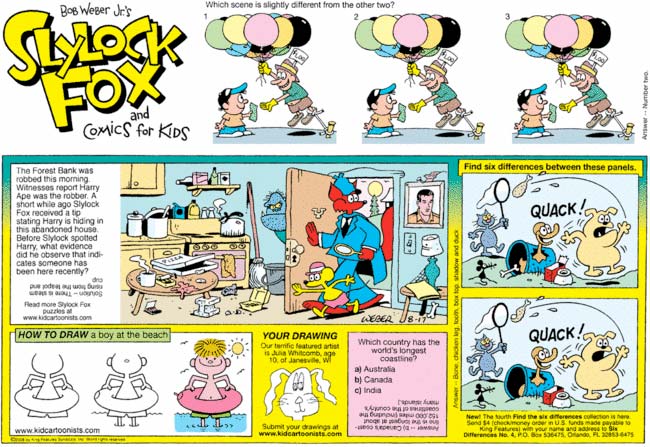 Oh, sure, the main puzzle in today’s Slylock at first glance seems like it could take place in any abandoned house being used as a hideout by a criminal gorilla; it’s a common story, what with the recent spike in home foreclosures and downsizing at local primate houses. But check out that portrait hanging by the door: that’s none other than Mr. Mark Trail. I think it’s pretty clear that Harry Ape is holed up in the house where Kelly Welly spent her sad, final years. Having lost the good looks that allowed her to bend men to her will, and alienated her friends by her constant foolishness, she was left with nothing but her picture of her one true love; she spent the last days of her life alone, throwing chicken bones on the floor and propping up her crumbling furniture with cinder blocks. It’s quite sad, really. 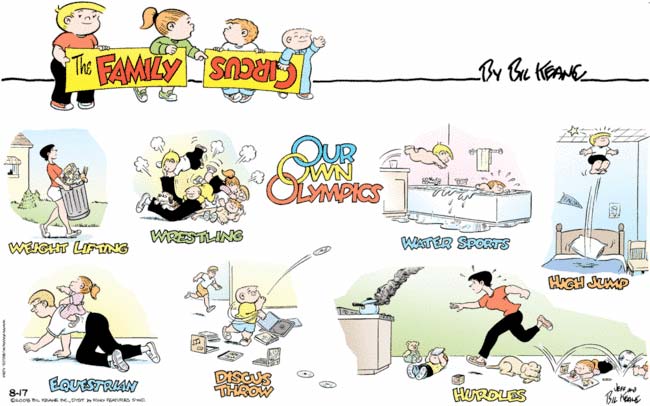 I was going to say that there could be no greater horror than the concept of “water sports” as applied to the Keane Kids, but then I got a load of the actual panel so entitled. While we are treated to a hint of Billy Ass, at least we are spared any glimpse of Little Billy. Thank God for Newton’s First Law of Motion, as it applies to dangly bits.

In the “hurdles” panel, Mom is clearly either going kick Jeffy right in the ribcage or go sprawling onto the stovetop; I vote for the former, as that will learn him to loll around in front of pots spewing out ominous black smoke. Also, “wrestling” appears to be code for “beating the living crap out of Daddy.” Even the animals are getting in on the savage assault. 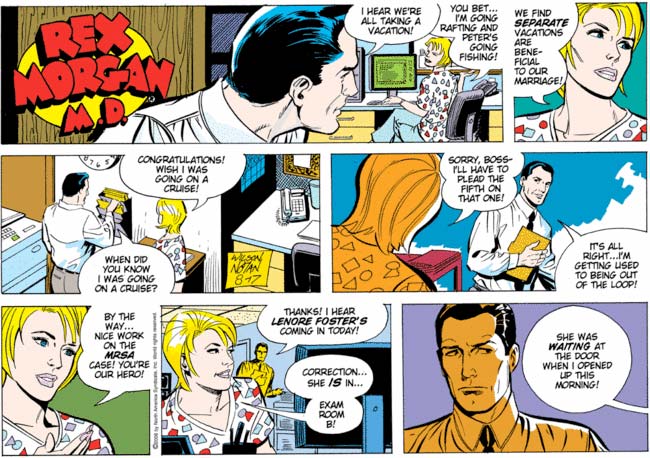 Rex is looking pretty chipper in panel four, presumably because he’s totally intrigued by the concept of separate vacations. “If taking vacations apart is good for a marriage, maybe spending all our time apart will be even better!” But by the final panel, he’s looking very, very sad indeed. “Damn it, it’s awkward enough avoiding sexual advances from my wife; I don’t want to have to deal with this at work, too!”