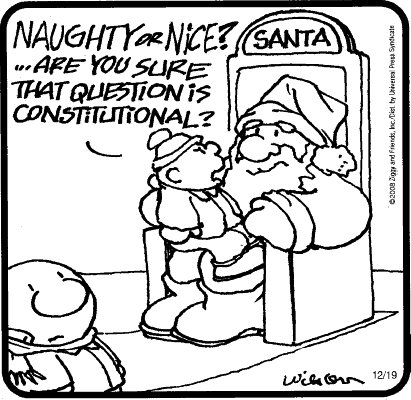 Sure, sneer all you want at this kid as some sort of symbol of ACLU-inspired civil libertarianism taken to extremes, but at least he’s not a grown man with no pants on waiting in line to see Santa.

After a brief bout of activity that might legitimately be called heroic, Spider-Man has surely earned an indefinite amount of time standing around with his fists on his hips looking studly, his nemesis’s ongoing non-captured status be damned. Thus, this plot will be resolved the only way that makes sense for the Spider-Man newspaper strip: by having the scrawny, not-superpowered fake Spider-Man bump the villain in the back with his shoulder.

OK, Pop, it’s just a rusted carburetor; there’s no need to fling yourself to the ground and clutch your forehead like a Victorian matron afflicted by the vapors. Geez, what a drama queen.