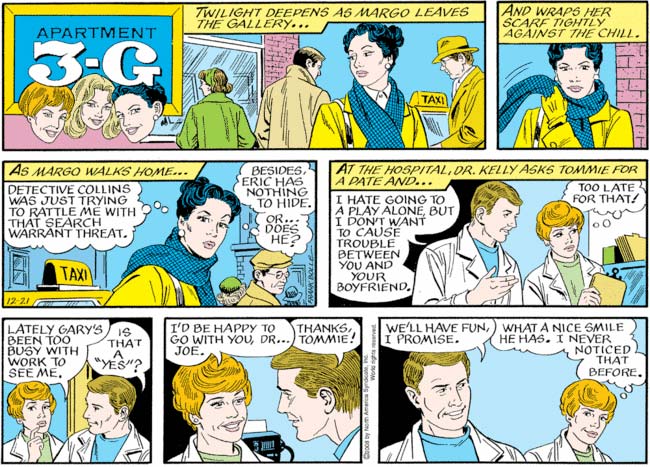 Of late, the Sunday Apartment 3-Gs have consisted entirely of recaps of what went down the preceding week. Today’s strip does advance the plot a tiny bit (and what more can we ask from a soap opera strip?) with Tommie’s final-panel thought balloon. You’ve probably never noticed Dr. Kelly’s handsome smile because you’ve never submitted to his workplace-based sexual advances before, Tommie.

The Tommie storyline on display here — Tommie was sort of seeing this guy and was kind of falling for him, but he’s been cold and distant lately, so she’s thinking about going out with some other dude — exemplifies exactly why Tommie doesn’t get more storylines. Margo’s vigorous second-panel scarf-wrapping contains more drama than Tommie’s last fifteen strip appearances combined. 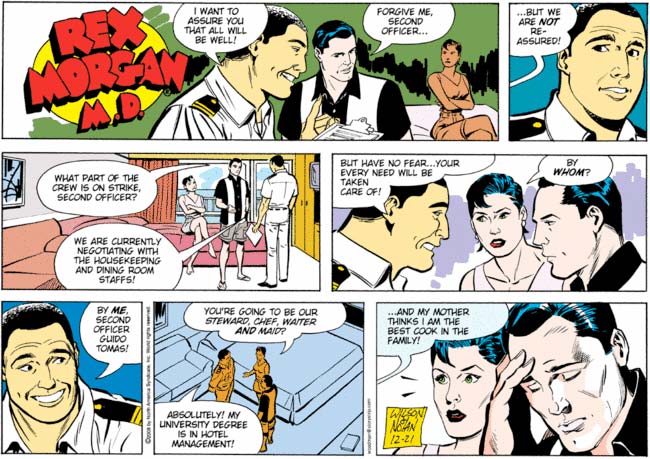 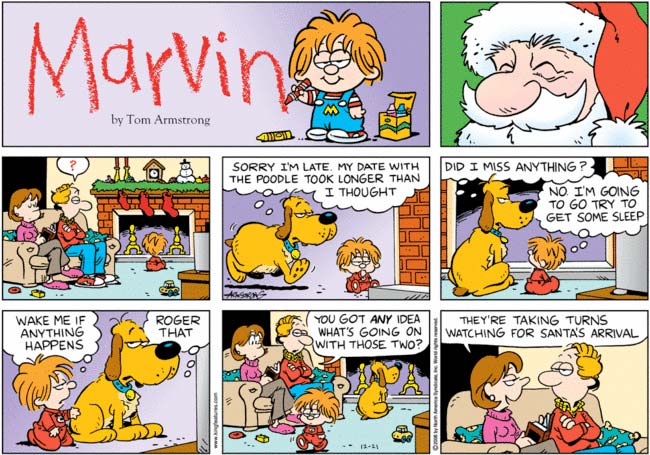 Most horrifying thing to appear in a comic strip today: “Sorry I’m late. My date with the poodle took longer than I thought … if you know what I mean!” [exaggerated hip thrusts] This Christmas, remember to have your pets spayed or neutered, folks.