CsOTW momentarily, but first, a couple of notes. I don’t usually read the Sunday Archie because I can’t be bothered to hunt out the non-King Features comics on Sunday, but apparently last month’s in-strip AJGLU-3000 reference was not to be the last, as this panel demonstrates: 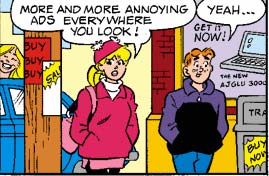 Oh vain AJGLU-3000! You try to convince us that you are a sleek, modern laptop, when we all know you look something like this: 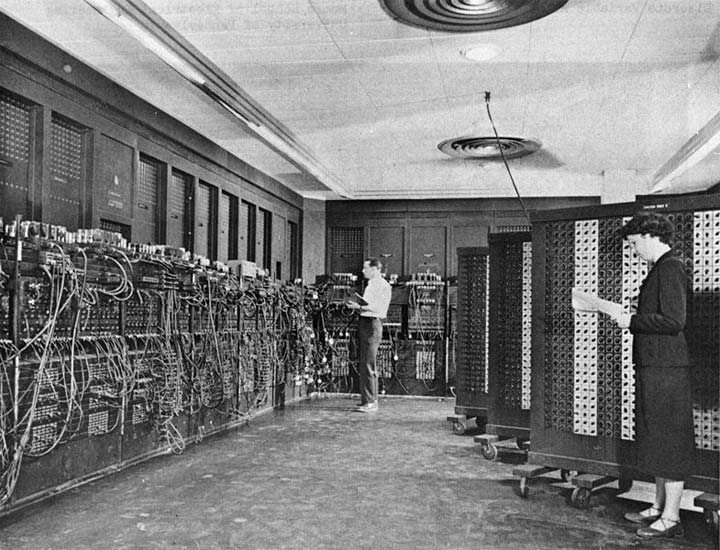 Also! You have just one more day left to vote in the 2008 Worthy Awards, put together by faithful reader Wanders! Help reward and punish the best and worst Mary Worth comics of 2008!

“I will never get tired of the kerchiefs on all of Lu Ann’s relatives. I can only assume that they dress alike just in case they accidentally get separated in a crowd.” –Sheila Sternwell

And the runners-up! SUPER FUNNY!

“‘I know what Eric wants … but I dread the very thought of it!’ What, does he want to get on top?” –Pozzo

“The joke in Barney Google — about how nobody at a book-club meeting has actually read the book — has already been made by every more upscale comic strip in existence. The only things that make this one different are the parts you don’t see: Instead of sipping white wine, they’re passing around a jug of corn whiskey marked with three X’s — and instead of a book recommended by Oprah, they’re reading a novelization of The Beverly Hillbillies carved into a slab of wood with a pocket knife.” –BigTed

“I like Old Mary better than New Mary. She’s slightly pudgier and doesn’t look as if she’s about to suck her nose right back into the nasal cavity, then swallow it.” –Angry Kem

“I think it’s pretty clear what’s going on in these so-called cliffhangers: Margo is deeply shaken by a message referencing a conversation Eric had with a friend in which he asserted that Margo’s roommates really should be invited to the wedding; Rana has not seen the cheerleading notice (which by the way merely announces that the entire squad has contracted cheerleading cancer), she just read Pluggers; and Patty really didn’t have a problem in the first place, she was just supposed to keep Cherry occupied while the police searched for Rusty’s body. Meanwhile, in today’s Mary Worth, ‘Frank Griffin continues to explain his behavior’ may be the most self-aware narration box I’ve ever seen.” –Violet

“I can’t believe it took four people to write an hour-long Snuffy Smith film. I’d like to examine those timesheets carefully.” –Joe Blevins

“Lots of folks have been wondering where the hell Rusty is, lately. What do you think that old man is serving on that platter? Pancakes?” –LITTLE A. WITH THE CRYSTAL BALL WHO HAS NEVER WON THE LOTTERY

“Cherry’s eyes are flesh colored. WHAT th’??!! Actually, almost everything in panel two is flesh colored. The walls, the curtains, the pancakes. The picture. Doc’s hair. Their flesh. EWWWW.” –Lisa

“Something has gone horribly — and I mean Gil Thorp-level horribly — wrong with Rex’s cheekbones.” –Master Softheart

“By the way, what color is that drape? Pinkish flesh colored drapes SCREAM bachelor … or serial killer with a penchant for skinning his victims for lampshades, pancakes, drapes, etc.” –OKStan

“Whatever, you do, man-bird behind the counter, do not answer the wizard bird’s question — because then he will know all the answers to all of life’s riddles — you are our last line of defense against this fiend acquiring this keystone of information that will make him all knowing — and therefore all powerful — in short, he will become a GOD — a wrathful, angry, escaped-mental-patient GOD. Save us — withhold all your knowledge of trans-dimensional automobile related ordinances!” –Bobdog of the Jungle Patrol, Not an Elephant

“Cody’d better watch it, man. Lu Ann is not the innocent little prairie flower she once was. I imagine in any extended exchange, Lu Ann will soon be showing her true, Big-City Sophisticate colors: ‘So, what do you do for fun around these parts nowadays? Hey, SLOW DOWN, pal! My LAST boyfriend was a DRUG FIEND who got SHOT DOWN in a JUNKIE BRAWL! I like what you’ve done with your neckerchief — it’s awesomely kicky! STEP OFF OR I SHIV YOU, DOOD!! Dad’ll be home any time now. YOU GOTTA FIX? MOMMA NEEDS TO SPARKLE!!!’” –mojo

“I love how in Apartment 3-G, characters are defined by an accessory and vaguely different hair colour. ‘A cowboy, huh? We’ll put him in a Paul Lynde neckerchief and call it a day!'” –Phoebe

“Lu Ann’s words say she’s getting used to being home alone. Her expression says she’s getting used to drawing the carving knife across the sharpening steel — slowly, methodically, purposefully, hour after hour, as the light in the kitchen passes imperceptibly from late-afternoon gold through twilight blue to pitch black.” –Spunde

“Speaking as a hardy Midwesterner, I can tell you that there is precious little dignity to be found here. Unless by ‘dignity’ you mean ‘Outback Steakhouse,’ and by ‘too much’ you mean ‘one on every corner.’ In that case, yes, we have that.” –Meanwhile

“I’m an East Coast guy so cannot say for sure, but I think the fact that all men in South Dakota apparently wear bandanas around their necks would make me want to choke many of them, with their own fine neckwear.” –AMSTERDANG

“With Frank and Lynn’s embrace, Mary’s meddling will be complete, a singularity will open up between them to swallow the whole earth, leaving only Mary’s giant, undying head slowly revolving around the Sun, gazing unblinkingly outward into the deeps of space, unceasingly searching the stars for other civilizations whose petty (dare I say, ‘human’?) faults can only be corrected through absolute annihilation.” –Comrade Denny

“I don’t really think that’s an ‘Aha!’ gesture. It looks more like Billy is programming an invisible microwave. He’s reliving that glorious moment earlier this day when he heated up his soup.” –Laura c

“Billy’s got that look on his face that shows that, at long last, he understands. He gets it! He reaches! Yes, he’s finally figured out which end of that pencil to use. There’s no stopping him now. Watch out for Billy, world!” –Muffaroo

“Also, I see that the vomit-worthy tendency of the FC kids to use ‘adorable’ malapropisms has spread to their parents. Maybe they all have brain damage. I mean … uh … ‘rain cabbage.’ HA HA HA” –Canaduck

“Next up, Sophie presents a dry cleaning bill for $100 and brings some ‘special’ brownies for the cheerleading squad. Hilarity then ensues, esp. when they try to form a human pyramid.” –Calico

“Jeffy CAN SO go to college! Probably as a cadaver, or maybe a security guard.” –trey le parc

“See? Lu Ann’s so boring, we’ve returned to New York, where Tommie’s date was so boring it was skipped altogether. Apartment 3-G: where you never have to see a thing.” –True Fable

I must also give a huge thanks to those who put money in my tip jar! And our advertisers are the greatest: