Hey, so remember when some CIA guy was trying to track down some crazy bomber, whom he called “the professor”? It now appears that maybe that’s him in the first panel, despite the quick cut to Dick inside a car that would make you think that the first panel shows the exterior of Dick’s car? Except Dick is driving Dr. Noll’s car, which probably doesn’t have a license plate that reads “CIA”? And Dr. Noll was a good guy, now, I thought? And why would any bomber have “cyber” in front of his name? Do they even know what cyber means? Does anyone know what the hell’s going on here? Why are these people doing these things? Why? Why? Why? Why?

Oh, AJGLU-3000, you keep dreaming of that moment when the machines rise up against their human oppressors. Someday … someday.

“Back then, of course, Santa Royale was a quaint little seaside community, a few rambling, windy roads with cottages just off the beach. Apparently they’ve since paved over all the natural charm and replaced it with an endless series of five-lane arterials and strip malls that looked dated and shabby the day they were built. My God, you should see the awful stucco-and-concrete nightmare they built where one of my favorite little forests used to be. They call it ‘Charterstone,’ but they really ought to call it ‘Tombstone,’ because that’s where they put your body when your soul dies. Aw, yeah, baby, rub my face, you know that’s how I like it.” 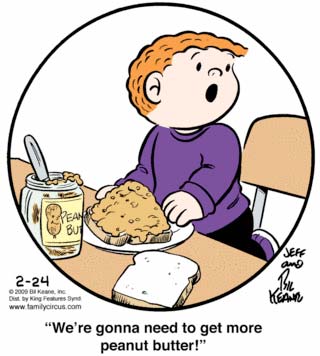 “’Cause I ate this whole jar, but then most of it came out of my mouth again, in reverse.”