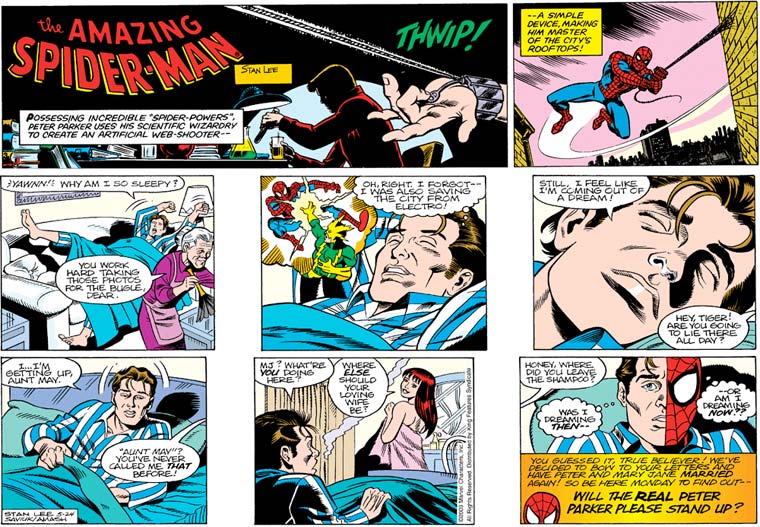 So, what’s the most insultingly improbable thing that happens in today’s Spider-Man? Is it that Peter would have forgotten his epic battle with an electrically powered super-villain, which concluded only hours before? Is it that beautiful young movie star Mary Jane would just smile after accidentally being called by the name of her husband’s wizened old aunt? (At least it wasn’t during sex … this time.) No, more laughable than both of those is the idea that anyone, anywhere was moved by anything that happened in the Spider-Man newspaper strip to go through the trouble of writing a letter to anybody. Really, narration box, give us a little credit. Hootin’ Holler’s sole religious authority sure does a good job of opiating the inbred masses with his God talk. I suppose that makes them more likely to cough up the cash when he needs a new TV. 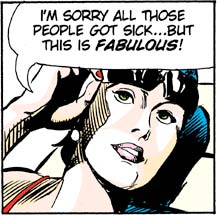 June in a nutshell, ladies and gentlemen. There’s nothing like terrible food poisoning to cut down on the crowds poolside, you know what I’m saying?