While I’m not anything close to a coffee fiend, I do speak idiomatic English, and I’m reasonably sure that nobody uses “grind” as a noun to refer to coffee in this way. It actually sounds more like street lingo for some mind-altering drug, possibly one made by grinding up the various prescription medications pluggers inevitably have on hand and then pouring them into a coffee machine.

I’m a little bit sad that Toots has pegged Sarah as a squealer. He ought to know, based on his own encounter with the terrifying moppet, that she is as hard as nails and almost certainly subscribes to a “snitches get stitches” philosophy; indeed, he will presumably soon have reasons to regret his own inability to keep his mouth shut.

In the final panel, we see that the Rex Morgan team is attempting to jump on the morose sandwich eating bandwagon that’s been so lucrative for Mary Worth. 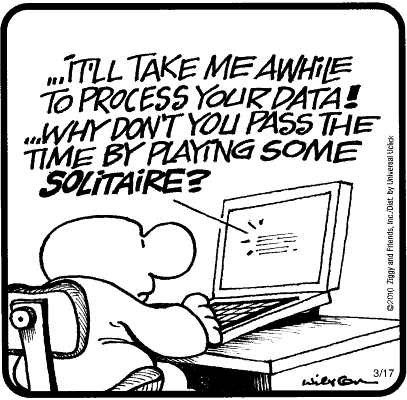 Ha ha, Ziggy’s been programmed by the Reds as some kind of brainwashed assassin! Fortunately, he’ll fail miserably at that like he does in everything else in life, and then we’ll laugh and laugh.