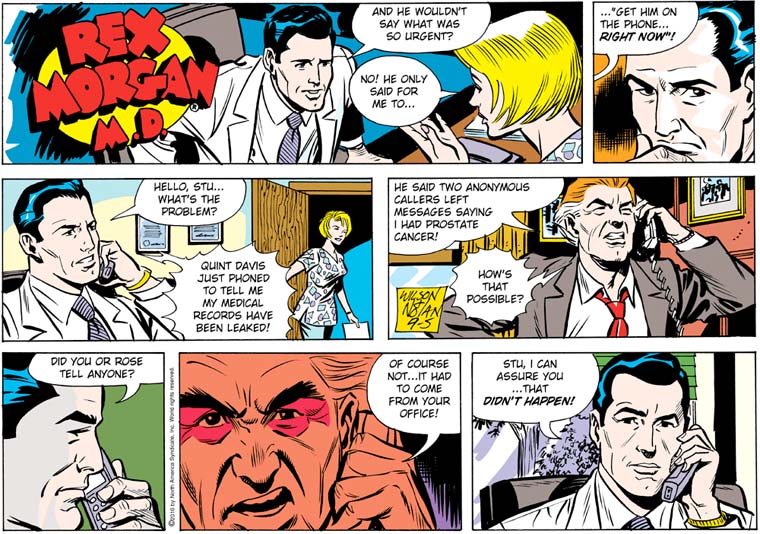 Whoah, it looks like our drama involving the sinister brew of prostate cancer and bare-knuckle city politics isn’t over after all! The fact that this story leaked out shouldn’t come as surprise, since Rex already shot his mouth off about it to June and who knows who else. But if the terrifying scene in the next-to-last panel is any indication, the toxic combination of rage and elevated PSA levels has transformed the mayor into The Mayor, a superpowered vigilante determined to stop HIPAA violations wherever he may find them. 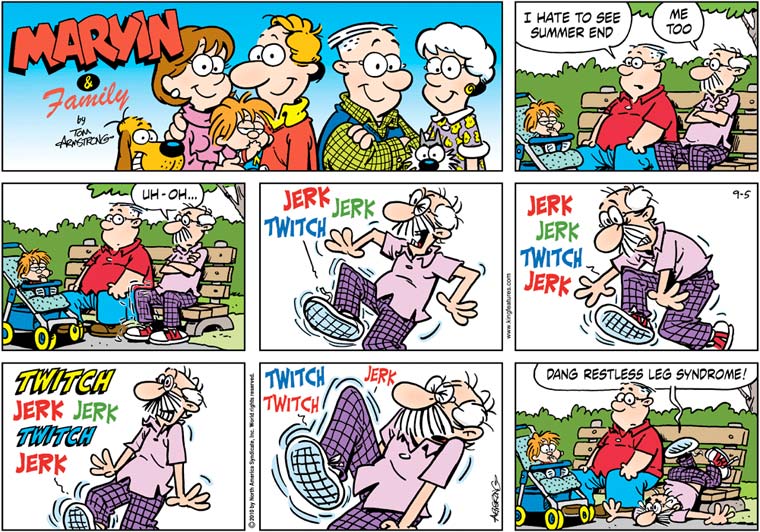 Ha ha, Marvin’s grandfather’s friend suffers from a serious medical condition! Also, this is related to the end of summer, somehow! Eh, at least it’s not another “Marvin pooped himself” joke.

“I didn’t change how this story finishes, though. My wife’s still dead at the end! That’s just how I roll: very, very glumly.”