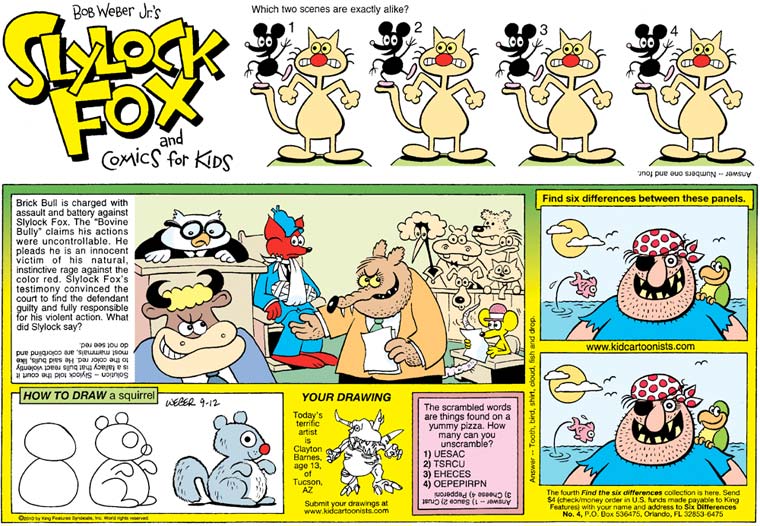 We’ve all wondered exactly how the justice system in Slylock-world works, what with the same criminals being repeatedly captured but then turned loose on the streets to perpetrate annoyingly overcomplex scams again. Today we see the consequences of a society judged by soft-on-crime owls. An injured Slylock meekly offers some sad little animal facts to try to put his assailant away, while the the grinning Brick Bull and his sleazy rat-lawyer know that he’ll be out on the street randomly goring more innocent passersby before you know it. 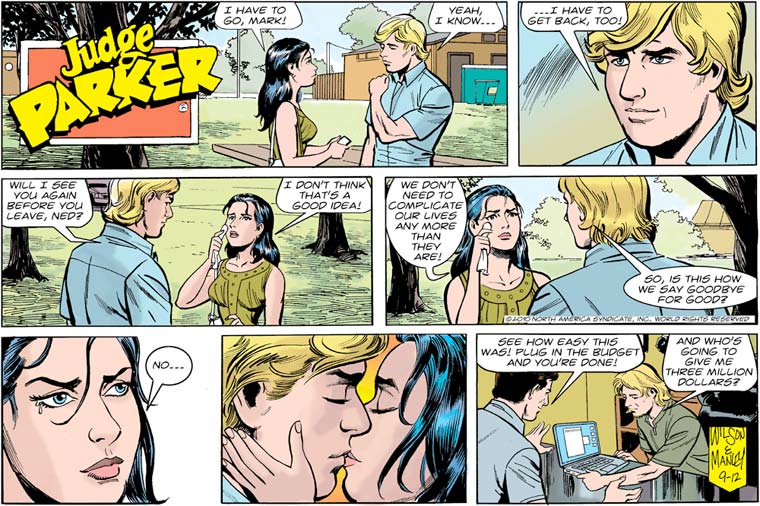 So Neddy has spent most of this week making a last tearful and moderately smoochy goodbye to her first love, Mark. And what has current boyfriend been doing while all this goes on? Why, just putting the finishing touches on his scheme to scam $3 million from the rich and gullible Sam Driver. Hopefully Ned will respect him now, for his initiative! 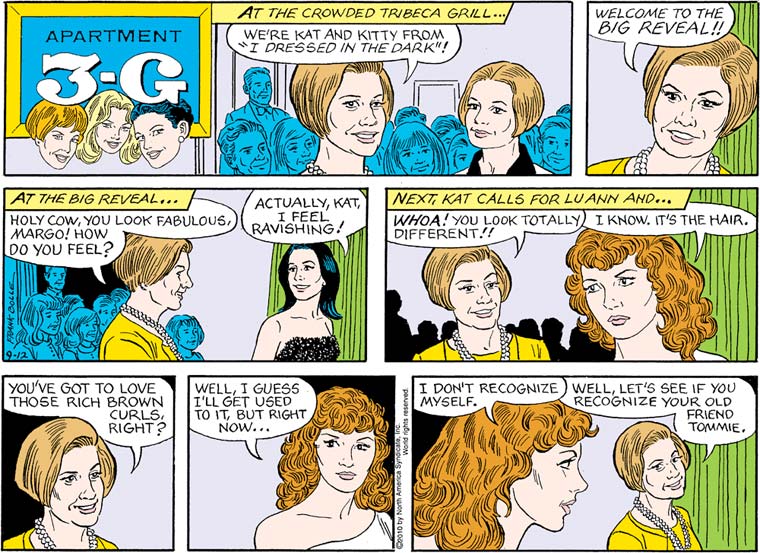 Wow, so all this time I’ve been assuming that Lu Ann’s miscolored “rich brown curls” were a result of problems at the syndicate colorists, but the comics artists tend to be more in charge of coloring on Sundays so, uh, yeah. Is “rich brown” a new code-phrase for “red” these days, to combat anti-ginger prejudice? Or is this whole “reality show” just being put on by the inmates of an insane asylum, like the play-within-the-play in Marat/Sade?