Oh, hey, Dick Tracy has been happening! The new plot involves Dick taking an inhuman maniac mass murderer, who’s wearing a terrifying gimp mask that also kind of looks like a toaster, to his sentencing, for reasons too unrealistic and dumb to go into here. However, I thought today’s strip was worth mentioning because of Dick’s dialogue in panel one — “Doctor, or whatever you are.” “I mean, I didn’t look at your CV or anything before they put you, draped and shackles and fetish gear, in the back of my low-slung sedan. Are you a medical doctor? Should I call you ‘professor’? Alls I know is that a depraved monster like you had to come out of the so-called ‘higher education’ system.”

Obviously Jill’s drunken tirade wasn’t going to end nicely, with her storming out in a huff. I think that we all should have realized that the only way she was going to leave this hideously decorated reception hall was by being dragged out bodily, raving like a lunatic, clinging to her precious, precious bottle of wine. As usual, Jill’s apparent emotional state is all over the map: in the first panel she’s all rage, but in panel two she looks genuinely terrified, convinced that Adrian is making a terrible, fatal mistake. She reminds me of nothing so much as the final scene in the original Invasion of the Body Snatchers:

YOU’RE NEXT, ADRIAN! YOU’RE NEXT! Foolish Jill — did you not realize that you’re already in a room full of pod people? 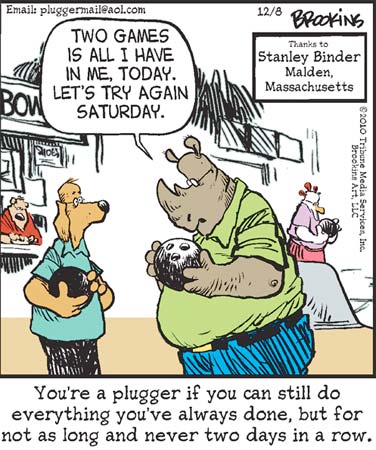