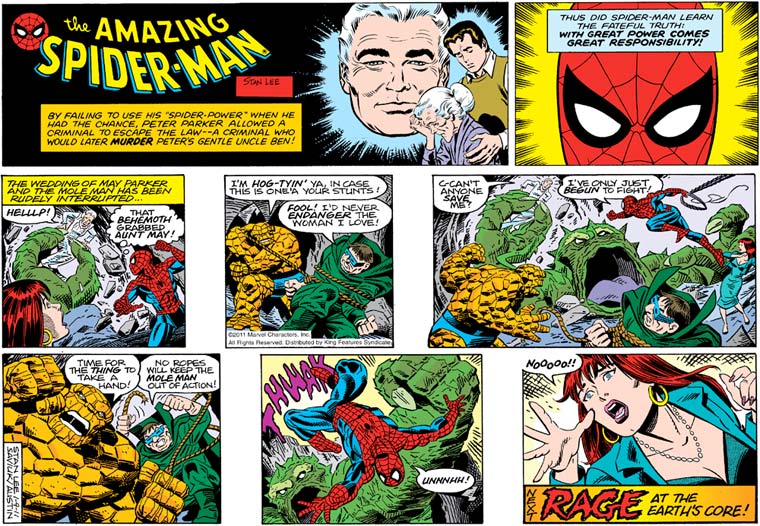 I have to admit that the current “love underground” Spider-Man storyline is the strip’s most (accidentally?) entertaining in years, probably its best since we met the Shocker in 2007. I’m trying to decide what I like best about today’s installment. Is it the way Spidey nobly leaps into action for once, only to be immediately and crushingly defeated? Is it the fact that the artist managed to shoehorn a completely gratuitous cleavage shot into the final panel? Here’s a more subtle source of potential amusement: the throwaway panels feature the whole Uncle Ben Spider-Man origin story, featuring Ben’s huge, impassive face glowering down at his grieving wife and nephew. Could this hideous green underground monster actually be Ben’s soul, emerging from the Stygian depths to stop his wife from finally moving on and finding love again? If so, the afterlife is apparently nothing at all like the scenarios the major religions have tried to sell us.

“I mean, he’s still being a supercilious dick to people who are just doing their jobs, but he doesn’t really seem to be deriving his usual level of smug enjoyment from it, you know?” 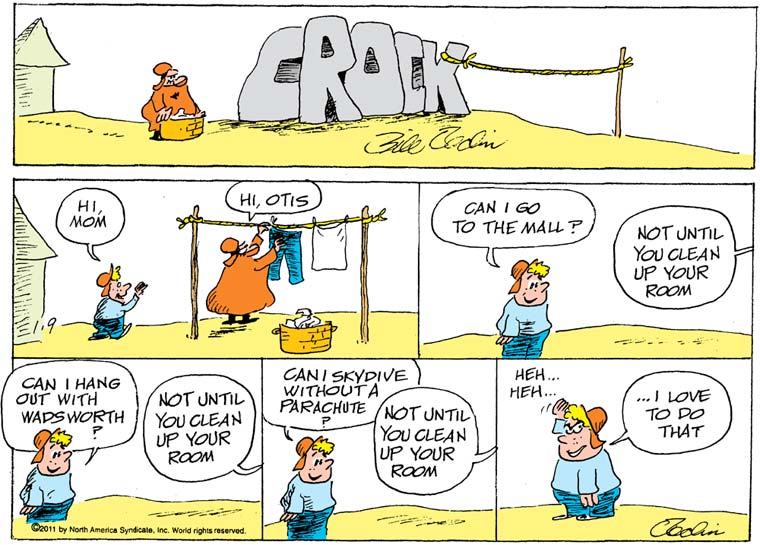 “And now, to complete this hilarious prank, I’ll throw myself to my death out of an airplane! I sure will be laughing as I look down on my grieving mother, from heaven! Heh heh!”