I was too bored to even mention it at the time, but yesterday Aunt May passed out and our subterranean clergyman pretended to be a doctor and diagnosed her with “Spelunker’s Lung.” Today, the cave-priest admits to not being a doctor after all, but still insists that his diagnosis and prescribed remedy are accurate. He can’t be certain, but he’s certain she’ll die, unless she gets out of this cave! And Mole Man, emoting so very hard that his gloved hands break out of the third panel, will give up his one shot at love, so that his love may live.

Ha ha, “Spelunker’s Lung,” totally a made-up thing, right? Well, a little Googling seems to imply that this is one of several common names for Histoplasmosis. Let’s learn about this affliction from Wikipedia, shall we?

Histoplasmosis … is a disease caused by the fungus Histoplasma capsulatum. Symptoms of this infection vary greatly, but the disease primarily affects the lungs. Occasionally, other organs are affected; this is called disseminated histoplasmosis, and it can be fatal if left untreated.

Yes, that’s right: Spider-man was not able to rescue Aunt May from her underground marriage, so a microscopic fungus had to do it for him. Truly this is his greatest failure in superheroism yet!

Also, if information about this important newspaper Spider-man plot point is not added post-haste to the “Society and Culture” section of that Histoplasmosis Wikipedia article, along with descriptions of references to the disease in episodes of House and Dexter, then everything I think I know about the world is wrong.

Whoops, it looks like some history-challenged colorist has accidentally dressed Robert E. Lee and his men in Union blue. Hope you enjoy your thousands of angry letters lecturing you about the true history of the War of Northern Aggression, Tribune Media Services! 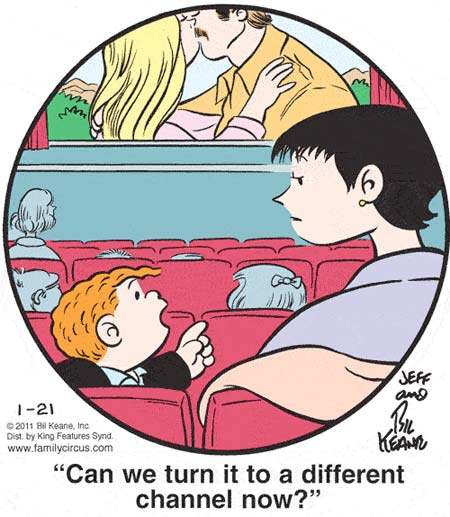