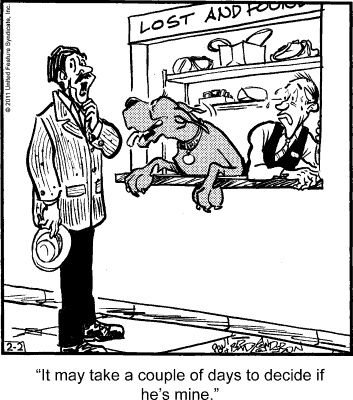 You know, there are some jokes that I feel like I do to death a bit on my blog, and I begin to think, “Oh, I’m really blowing what I see in this comic way out of proportion.” Among those jokes are my two main Marmaduke tropes: that Marmaduke is a flesh-eating hell-demon, and that his owner is Adolf Hitler. But then I see a panel like this and I feel entirely justified. I mean, look at the guy in the Lost and Found window! Does he look like someone mildly put out because a dog has somehow wandered into his workspace and the dog’s owner is making a little joke? No, he’s quavering in abject terror. The sweat, the grimace of pure panic — that’s how someone looks when confronted with a terrifying, slavering monster who’s stashed a dozen eviscerated corpses that it’s “found” all over the furniture, and is gazing with big-eyed affection at history’s most notorious mass murderer. 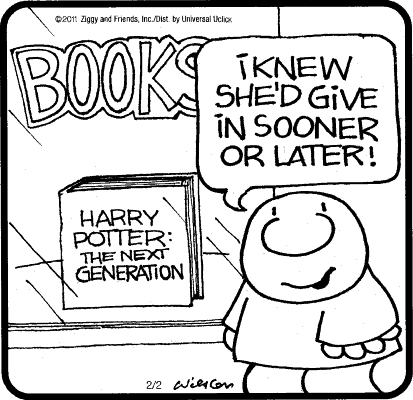 Ha ha, that J.K. Rowling, what a money-grubber, am I right? Not like Ziggy, a franchise that’s all about artistic dignity, and that will wrap itself up with grace once Ziggy kills Voldemort or whatever. Boy, somebody’s bitter about something, I tell you what.

Oh my God, Dawn is addicted to the Internet! This is what happens when you let vicious technology pusher Jeff Corey interact with your daughters. Only a mature, strong-willed man can grapple with the info-beast that is the Internet and expect to come out a whole person. 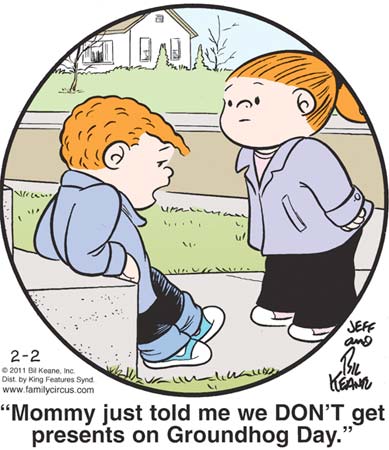 “Mommy also told me I’m not a groundhog, so that’s got me bummed out.”