“Ease up” has pretty much been my all-time favorite two-word combination in Gil Thorp ever since it served as a prelude to Coach Kaz bending time and space with his hairy, hairy fists. I’m frankly hoping that this board meeting ends in fisticuffs, as that’s about the only interesting follow-up there can be to phrases like “deficit task force,” “budget subcommitee [sic],” and “Hobart.”

Ha ha, Mary can’t even remember Dawn’s name. “You remember, he was fornicating with that nice Vera, and what’s-her-name, the underage girl who can’t get enough of the computer whosits. Whatever. Who do you think he’ll seduce and betray next?” 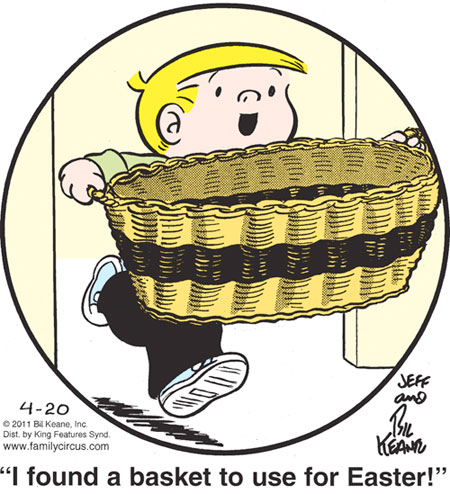 That’s a nice big basket, Billy! In the spirit of the season, seeing as you’re the firstborn son and all, we’re going to use it as a boat, and put you inside it and float you down the River Nile. Maybe you’ll be adopted by a beautiful Egyptian princess! Only by “River Nile” we mean “the sewage culvert” and by “beautiful princess” we mean “one of those hobos who live in the tent city down by the sewage culvert.”