Oh, well, this isn’t terrifying at all. Just Dr. Drew thinking about how he needs to explain to Liza in excruciating detail how “breaking up” works, while, unnoticed, Liza, who has managed to surreptitiously burrow under Drew’s flesh, bursts out triumphantly, like Athena out of Zeus’s brow. Only stalkier!

Yes, Spidey wasn’t able to save the one Dr. Morbius loved — you know, Martine? The one who was a real, actual vampire? I’m not vampire expert (nosferatologist?) or anything, but I’m pretty sure that one of the scary things about vampires is that they’re mostly immortal, and can only be killed in a certain limited number of ritualized ways, and none of those ways are “being dropped off a building.” 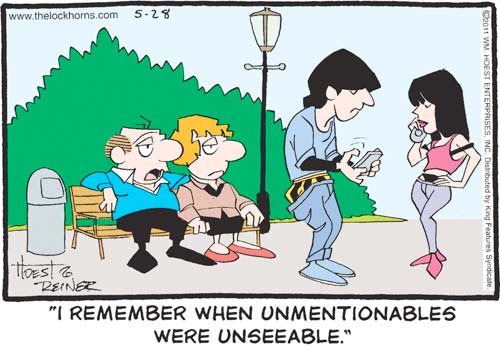 The Lockhorns may fight all the time and hate each other so, so much, but that doesn’t meant that they don’t share some pastimes. For instance, they enjoy going down the park and making snide comments about the way the Kids Today dress, all the while looking very much like they want to kill themselves. 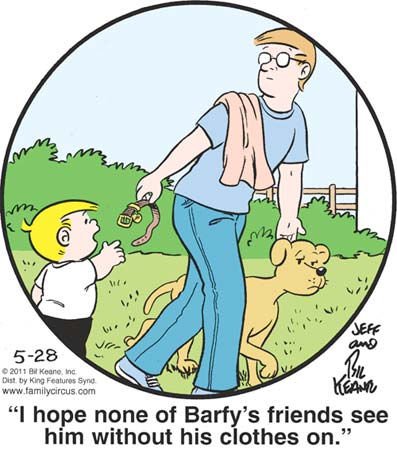 This would just be run of the mill Keane Kids Saying The Darndest Things if not for the look of genuine embarrassment on Barfy’s face. Ha ha, no resident of the Keane Kompound can escape the omnipresent crushing body shame!