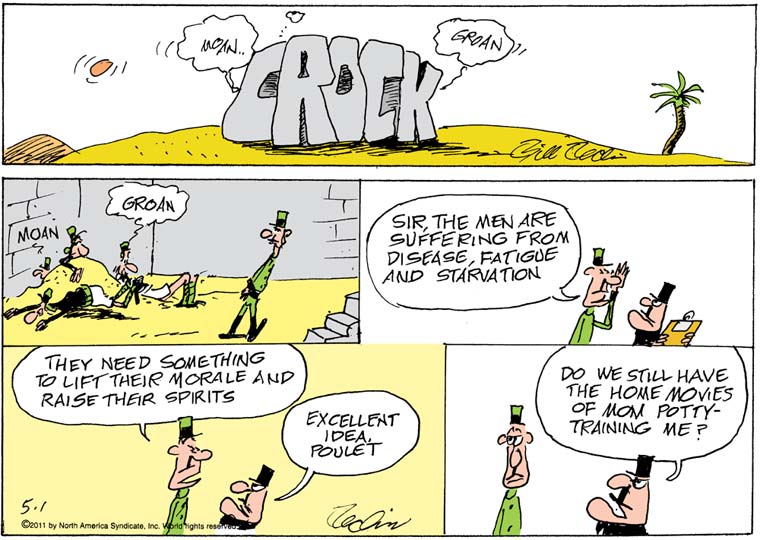 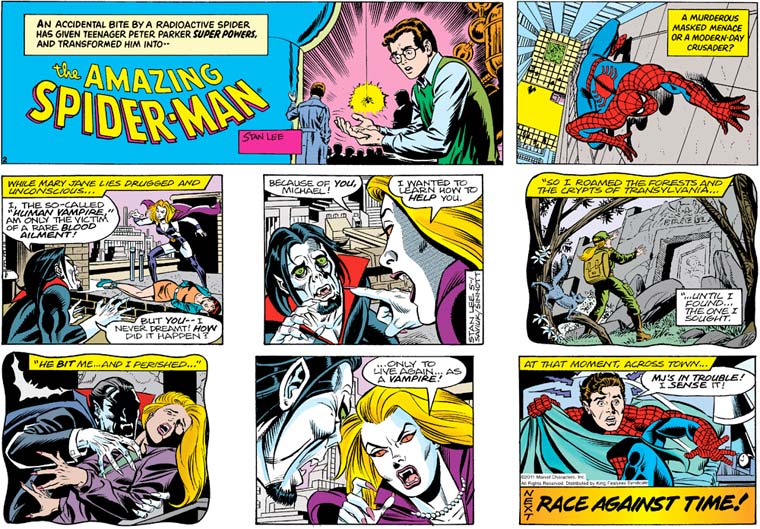 This whole “human vampire” business has worked itself out in even sillier fashion than I could have imagined, with Dr. Morbius’s fiancee accidentally becoming a real vampire in order to understand her beloved’s fake vampirism. The only logical hole out of many I’ll point out here: wouldn’t Dr. Morbius, wracked with guilt over his faux-vampirism, have noticed his fiancee’s vampiric tendencies? “Say, sweetie, would you like to go out for dinner? I’ve got 6 o’clock reservations!” “Let’s make it 9, so that I don’t have to leave the apartment when the sun’s still up. Also, they serve blood there, right? You know I subsist entirely on human blood now.”

Also, regarding the last panel’s NEXT box, it probably wouldn’t be so much a race against time if Peter had woken up when MJ first got into trouble, several hours ago. 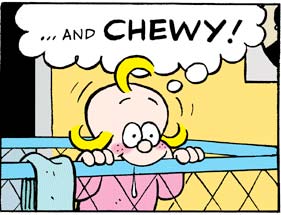 Was baby Trixie from Hi and Lois not on your list of characters who filled you with dread? Well, that’s changed forever now, I’ll say.