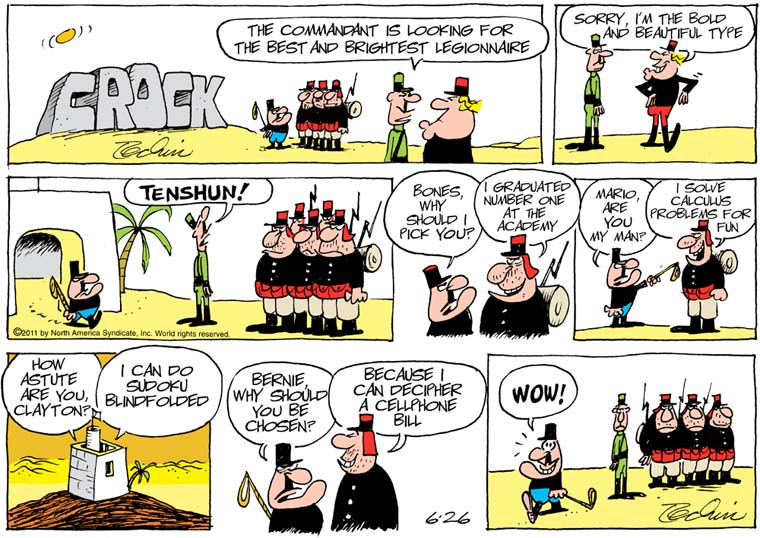 I was going to make some snide comment that the Legion really doesn’t need particularly smart people to undertake its primary task of brutal colonial oppression, but then I realized that, quite honestly, we never see much oppression going on in Crock, just a lot of marching around the deserts nowhere near major population centers. I suppose the people locked up in hotboxes and/or the “bandits” and “spies” with which Crock’s crew occasionally skirmishes might be freedom fighters? But still, the point is that this company of soldiers seems to be doing nothing of value, at (despite Crock’s cost-containment measures) considerable expense to the French taxpayer. Bring the boys home!

Note that the throwaway panel goes out of its way to establish that today’s protagonist is a proud patriot before showing us that he’s also a lazy bum. Why does Pluggers hate America?