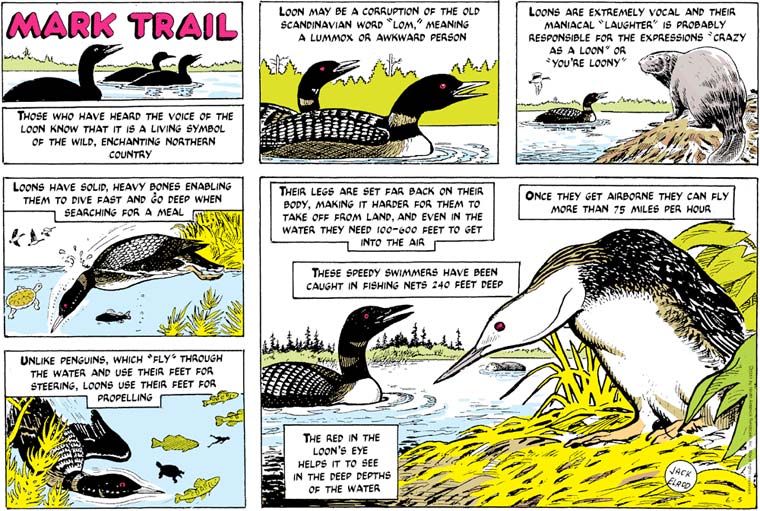 It’s not often that Mark Trail sends me on an etymological adventure, but now the hunt is on! I was very suspicious that the loon was the ultimate origin of the word “loony,” and sure enough, a quick trip to the dictionary shows that it’s actually a 19th century slang abbreviation for “lunatic,” which, as the spelling implies, is derived from the Latin luna, or moon, since it was once believed that the phases of the moon affected mental states. I had assumed that “loon” as a synonym for crazy person shared the same derivation, but that seems murkier; the dictionary says it is in fact derived from the name of the bird (though “perhaps influenced by loony”), but has the bird’s name’s etymology somewhat different from the one Mark offers, deriving it from an Old Norse word for diver. Anyway, you might not enjoy sleuthing after word origins as much as I do, but surely this trip through the English language’s past has distracted you from that white-headed loon’s terrifying searing red eye blazing out at you soullessly from the final panel of this strip. 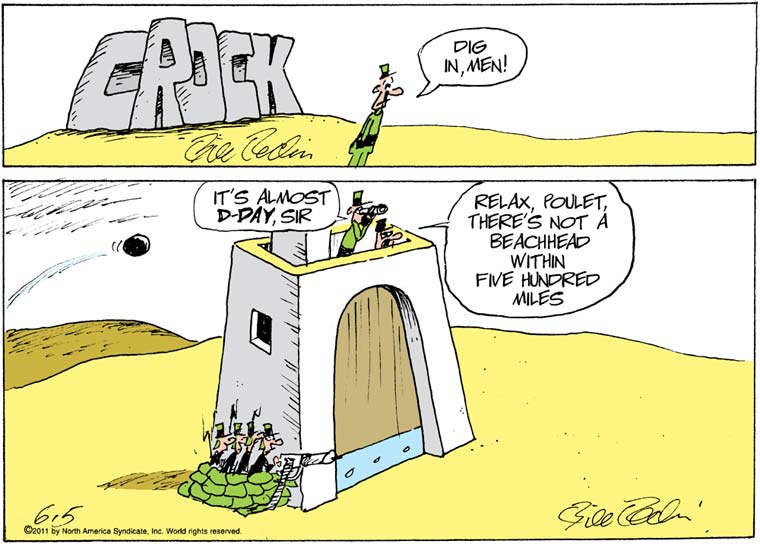 Oh, look, Crock is celebrating the anniversary of D-Day! Isn’t that nice! Apparently the French Legionnaires of Crock are actually Vichy collaborators fighting for the Nazis? And they’re stationed in some desert section of Northern France? Eh, sure, why not, makes as much sense as anything else. 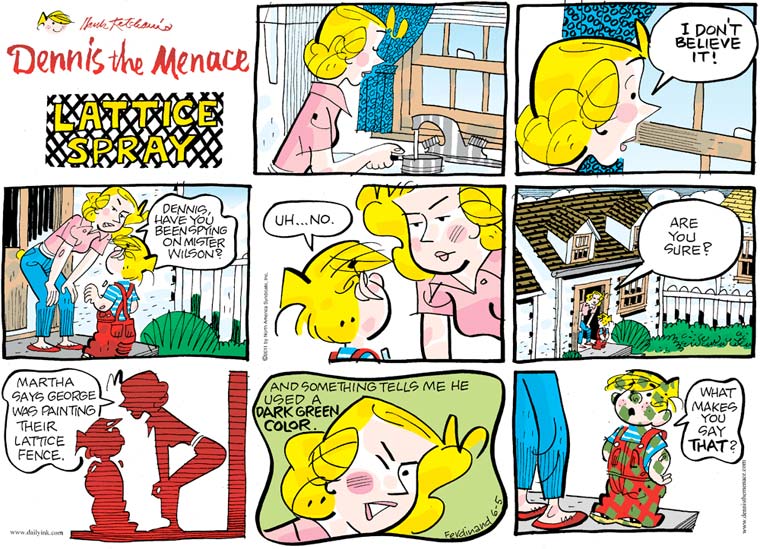 If Dennis is trying to up his menacing quotient, I’d say that staring at the Wilsons’ house through a fence for hours in eerie silence is doing a pretty good job of it!