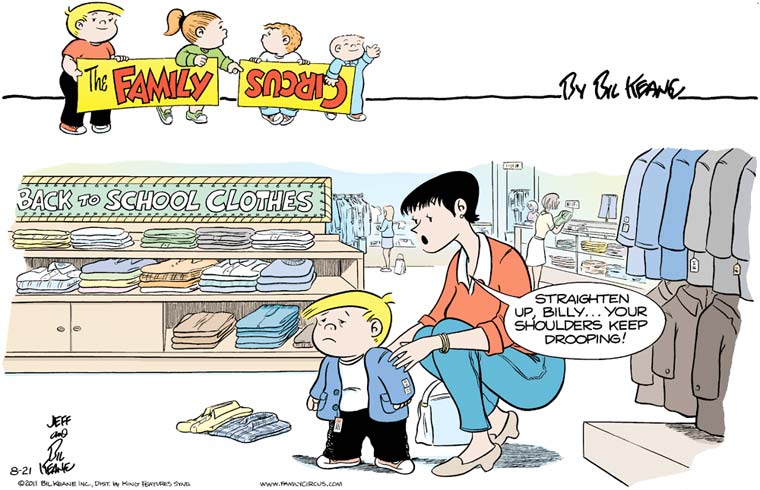 OBVIOUSLY there’s no child’s suffering that delights me so much as a Keane Kid’s suffering, and so I’m overjoyed to see Billy’s comically overwrought expression of crushing despair as his mother drapes that suit jacket over his shoulders. It’s as if he’s won the Masters, only instead of a green jacket he’s getting a blue jacket, and instead of winning the Masters he’s going to be executed wearing a blue jacket. 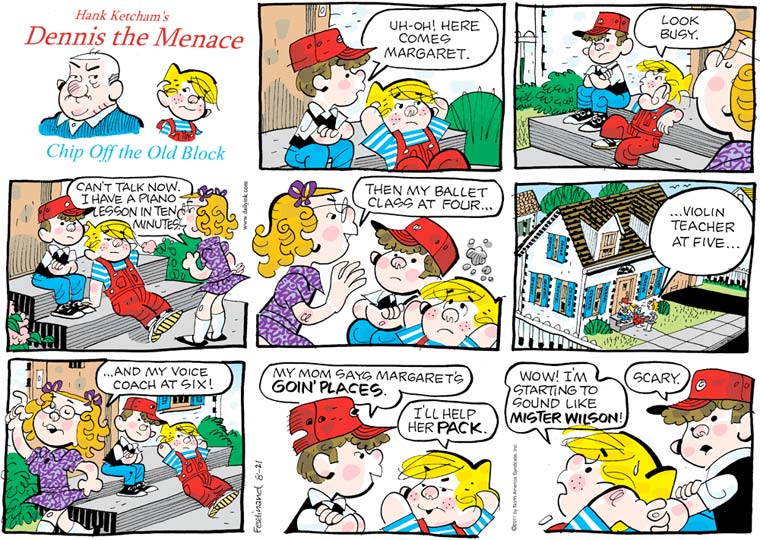 Kudos to Dennis and/or the current hired hands churning out “Hank Ketchum’s Dennis the Menace” for avoiding the obvious wordplay response to “Margaret’s goin’ places” (“Goin’ too many places, if you ask me!”) and instead heading into much creepier territory. Dennis suddenly steps into the shoes of his greatest enemy; now that he realizes that Mr. Wilson is a human being with feelings like himself, his life will never be the same. This sudden act of empathy comes with a physical manifestation: Dennis is emitting a Mr. Wilson-style single bead of sweat in the final panel, indicating a simmering, child-hating rage, though the fact that it appears to be flowing down the outside of his hair is a little confusing. 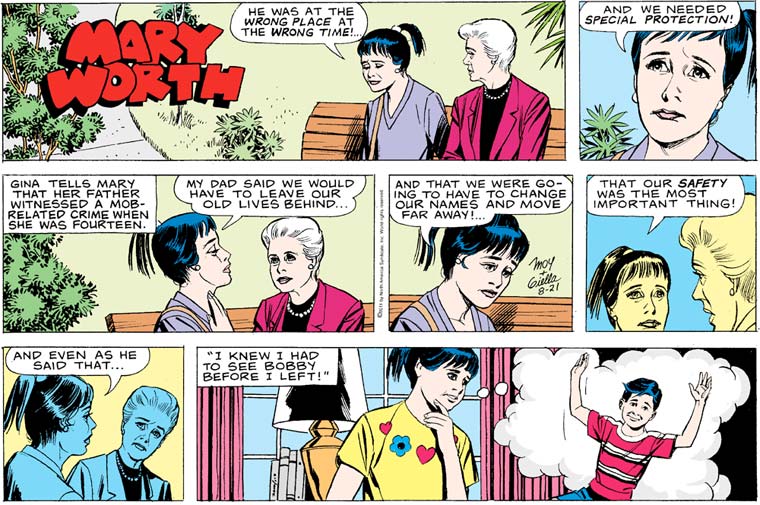 “I knew I had to see Bobby before I left! In my mind, I could already imagine him after our family vanished into the witness protection program, his arms raised as he begged the mob thugs hot on our trail for his life.”

Slim’s suffering still counts for this post because he’s an idiot man-child, which is a type of child, right? Anyway, I’m not sure this comic has a punchline beyond “Slim is a simpleton,” but then, it probably doesn’t really need one.