Ha ha, you guys, aren’t Brad and Toni the best? I’m sure seeing Toni talk vaguely about marrying Brad won’t make you puke your guts out at all. Anyway, egged on by TJ, she’s come to announce that either the fire department will hire Brad back or she’ll quit, which, since Brad also quit his job, means that their married life together will start off great, in poverty. But don’t worry! She’s about to describe the awesome majesty of their love to her boss, which will magically increase the department’s budget enough to pay them both. 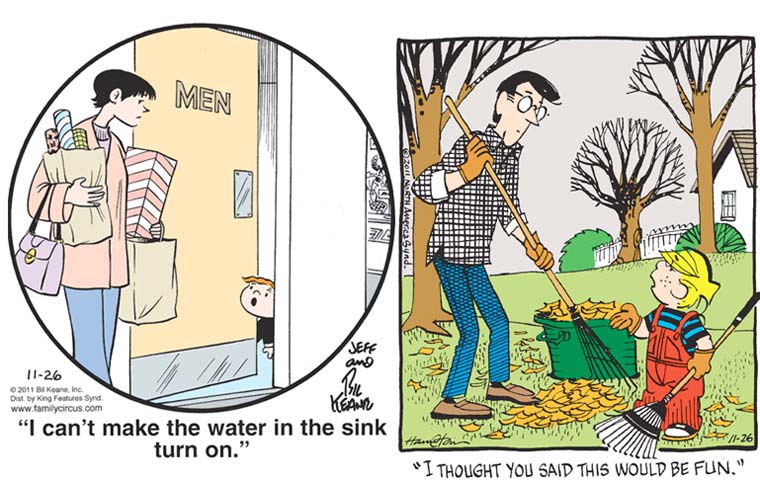 I have to admit that I kind of love both of these panels, mostly because they appear to contain precisely zero jokes between them. Dennis has been tricked into doing yard work with the promise of fun, and he resents it; Jeffy is too stupid to operate a sink. That’s all there is! And maybe I’m in an unnaturally good mood, even after reading Luann, but that’s enough for me today.