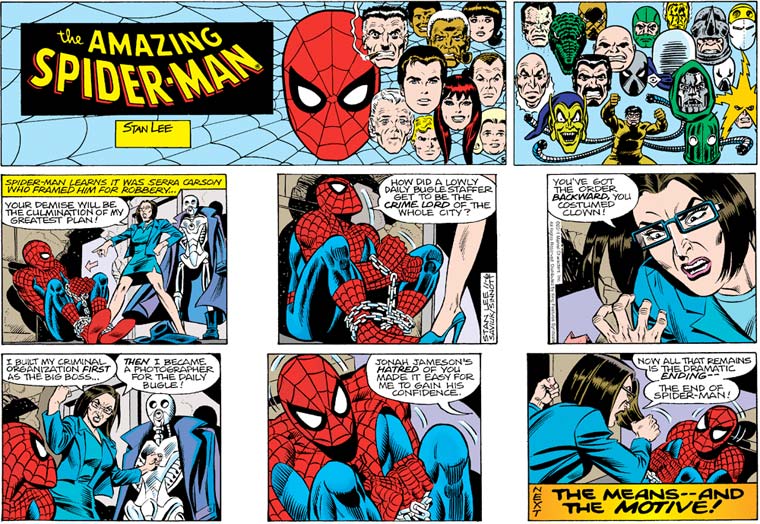 Oh, man, this is pretty much my favorite kind of Spider-Man strip: one in which he’s insulted and humiliated in a vaguely sexual fashion. Sure, the whole thing about gaining Jameson’s trust with Spidey-hate makes zero sense, since every interaction between JJJ and Serra we’ve seen involves her defending him; still, if we can see Spider-Man cowering in chains at her high-heeled feet while she calls him a “costumed clown,” I’m a happy guy. 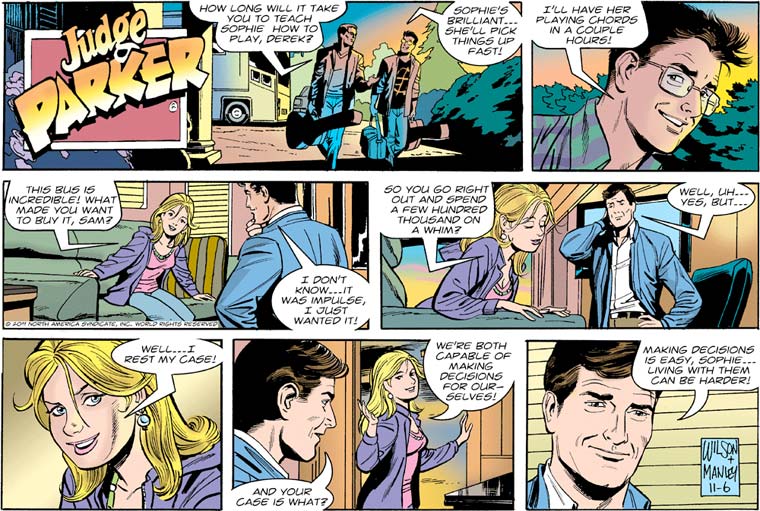 Since the Parker-Driver clan has basically unlimited wealth at its disposal, much of the drama of the strip revolves around how they can emotionally navigate their way through a life of obscene abundance. Sam manages through emotional deadness and a refusal to make genuine connections to his fellow human beings, a lesson he’s trying hard to pass on to Sophie before it’s too late. “Sure, I dropped a ludicrous amount of money on this stupid RV, but when I get bored with it, I can always sell it, or, worst case, set it on fire and then collect the insurance money. Do you plan to do the same with Derek? Let me know now if you do, because the lawyers we’d need for that are spendy, and I might have to move some money around to make that happen.” 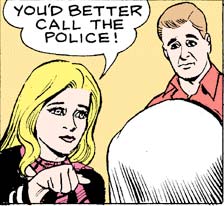 Desperate to show that she still has some street cred after years as Ian’s trophy wife, Toby goes for the most awkward and ill-timed fist-bump in history as the waiter looks on in horror. “Yes, Mary, it’s time to get in touch with local law enforcement agencies! Come on, give me some daps.”