You know, in most forms of narrative, when a small but out-of-the ordinary event happens — like, say, a job applicant failing to include a reference’s phone number on his resume, but happening to have it on a business card — you sort of file it away in the back of your mind as potentially significant. But since this is a soap opera comic strip, it’s probably a safe assumption that the entire pointless action in today’s installment only exists to kill time and means nothing and will never be mentioned again. Which, frankly, is a good thing, because I have a hard time imagining a plot so boring that it hinges on The Mysterious Episode Of The Phone Number That Wasn’t On The Resume But Was Easily Provided Separately.

Hey, everyone, Wally Winkerbean is working through his PTSD with the help of an adorable therapy dog, and is involved in a healthy romantic relationship! Don’t worry, though, he’s still perpetually haunted by the grim spectre of death. 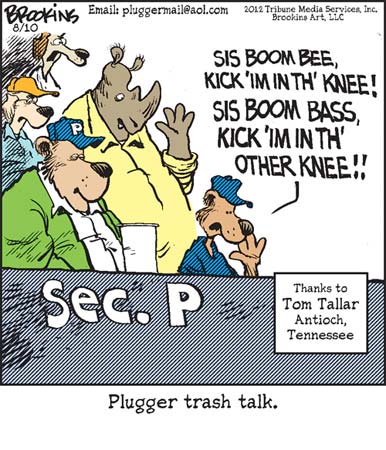 Pluggers urge their sports heroes to viciously injure their opponents in career-ending and crippling ways. 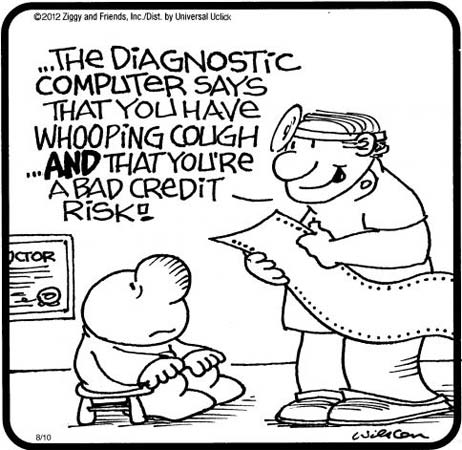 I’m not sure if I’d trust a doctor who reads off of continuous feed paper printed out of his dot matrix printer, and who has a certificate hanging on his wall that just says “Doctor” on it. But then, I guess Ziggy can’t really afford decent medical care, what with his explicitly acknowledged poverty and all.

“I mean, can you believe it? Everyone fucking hates that song! The boat probably committed suicide out of shame.”