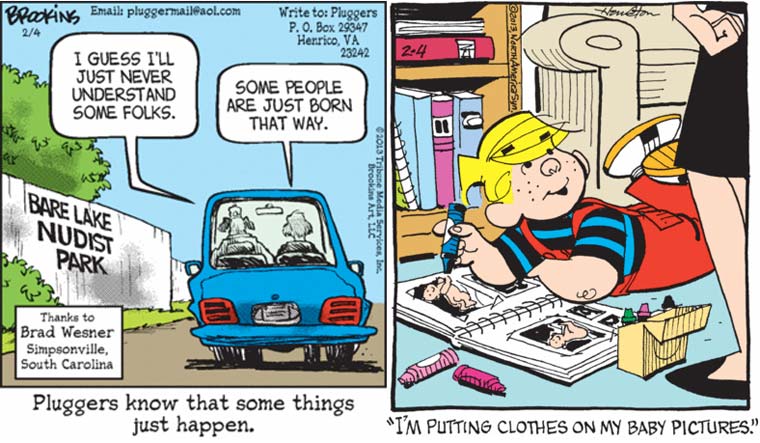 Yup, it’s true: somethings “just happen,” no matter how much you’d like them not to! Take nudity, for instance. Some people are just “born that way,” and by “some people” we mean “literally everybody, every single person ever is born completely naked, with their genitals just out there for anyone to look at.” So filthy! So disgusting! So hard to understand. Eventually, we get old enough to understand the concept of shame — “And the eyes of them both were opened, and they knew that they were naked” — and we look back at our early, exposed days in horror, but we can’t blot them out with a crayon, no matter how hard we try. The Fall of Man, Dennis: that’s the most menacing thing there is.

I had a good laugh over the idea of a generic “Manhattan General Hospital,” but it turns out it’s a real thing! Or was. Was a real thing. It merged with Beth Israel Medical Center, in 1964. So I’m assuming that these nurses in their archaic caps are looking for Tommie to warn her that she’s fallen victim to some kind of space-time wormhole and she needs to be very careful not to alter the course of history based on her future knowledge, lest she cause universe-destroying paradoxes.

Look, Rusty, you’ve finally gotten to go on a fishing trip with Mark! Too bad it’s a “working trip,” which means you’ve got to scramble around taking pictures for Mark’s article, in violation of all child labor laws! Also, you’re probably going to be kidnapped by “Catfish”, FYI.