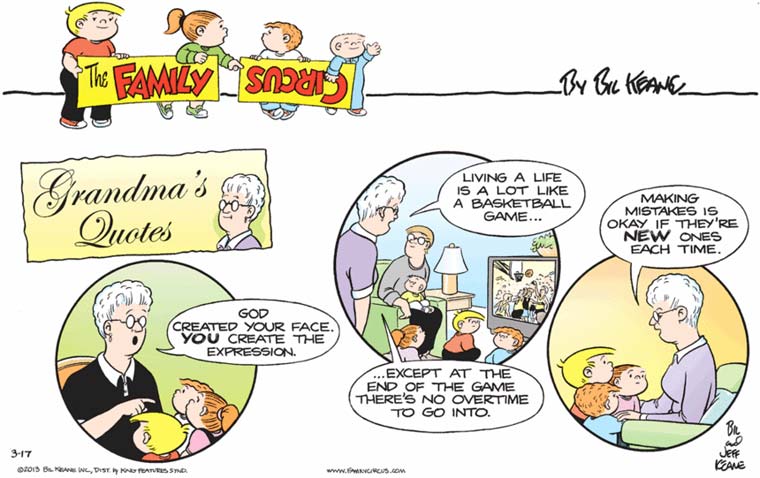 I’m having fun trying to parse out Grandma’s relgio-moral philosophy from these three quotes. Here’s what I got: There is a creator God; sins can be forgiven, so long as you sincerely repent; but if you die unrepentant, there’s no purgatory or similar chance for forgiveness, so you’d better get your soul in order as if each moment could be your last. Do I have this right? I live it for wiser folk to figure out where she lies on the spectrum of Christian theology, but I do want to point out the hilarious middle panel, in which everyone was enjoying themselves watching basketball until she wandered in with dark warnings about the fact that death looms over us all, constantly.

So, why does Spider-Man even bother with a secret identity, anyway? Yeah, Peter, you worry about making noise while you climb up the side of a building, unmasked, in broad daylight, in order to get around an extremely minor inconvenience.