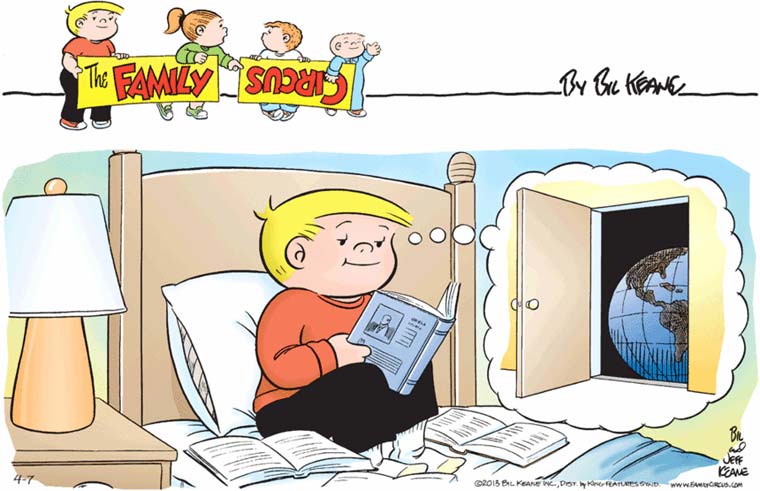 Yes, thought Billy. Books. Learning. His teachers and parents had put forth so much effort trying to convince him that he needed to take some time away from the TV to expand his mind a little. He had reacted with sullen, stubborn resistance, as always. But eventually, one day when he was bored, he started picking up some of these books everyone seemed to think were so great. Just to pass the time, you know. And soon he was hooked. There was so much to know! Each fact lead to another. Something new to learn. And each new fact, each new field of study, contributed to his understanding of the world and his future place in it. Specifically, his future place in charge of it. How could he come to rule over all unless he were the smartest man alive? So Billy kept reading. Kept learning. Kept planning. The world didn’t seem so big anymore. Didn’t seem so strange and inexplicable. It was a problem you could solve. It was small enough that you could shut it up in a box, a box with a locked door, and only Billy would hold the key. You hear that, world? You’d better stay on Billy’s good side. You’d better be real nice to him. Because someday, he’s going to be in charge of how much air and sunshine you get. 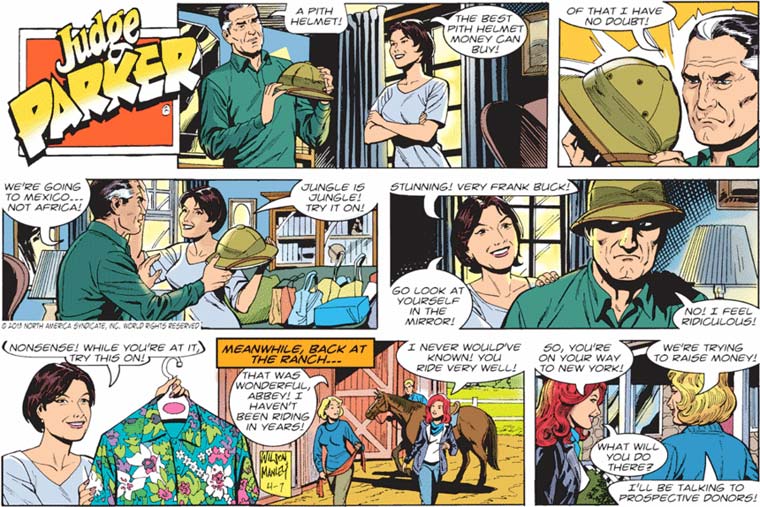 Ha ha, looks like Judge Emeritus Parker isn’t changing his mind about the unmitigated hellscape that is marriage! That face in panel four is one of the greatest examples of humiliated petulance on an adult that sequential art has ever seen. Glory in it!

This being Judge Parker the judge is also right to assume that this pith helmet is the best money can buy. Like, literally. If you used advanced mathematics and materials science and economics to create the most durable, lightweight, and expensive replacement for old-fashioned pith available, you would get the stuff in that helmet. It’s probably made from the bones of endangered tropical birds, tempered with the tears of children attending America’s top-rated non-boarding private schools, and forged in CERN’s Large Hadron Collider. 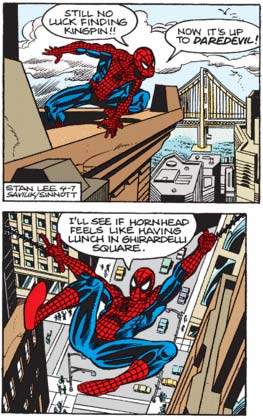 There are other panels that come between these two, but you don’t need them. “Well, I tried and failed to find the bad guy. Now it’s the other guy’s problem! I wonder if he’ll have time to grab a bite to eat, what with his busy schedule of being a better superhero than I am.”

They say that keeping physically active is a great way to stave off dementia as you get older, though obviously it doesn’t work in every case.