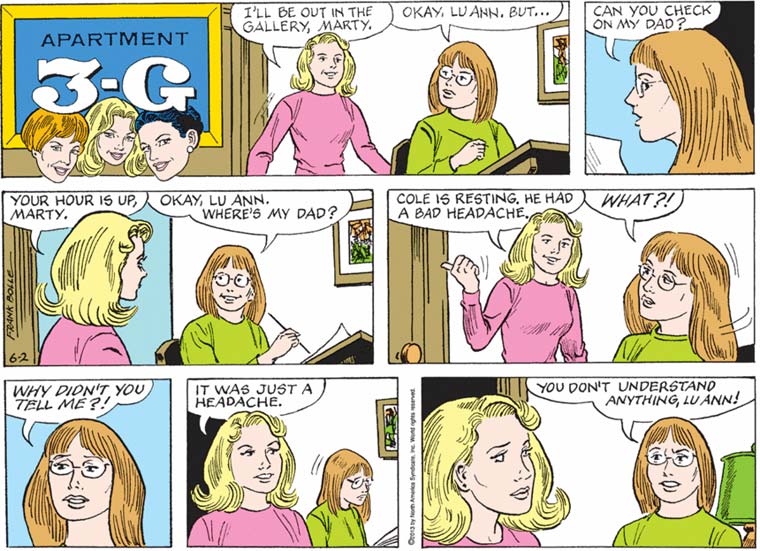 Last night I saw Frances Ha, a low-budget indie film that takes place mostly in New York but includes a brief sojourn to Paris that, I was surprised to see, was actually filmed in Paris. Admittedly it was all done with low-cost and probably handheld digital cameras, but even the cost of plane tickets for the star and a few crew members had to run into thousands of dollars, not an insignificant chunk of indie movie budget change. Comic strips are not restricted in this way, obviously, as any number of reference photographs available for free on the Internet could give an artist instant material to draw, say, an Italian cityscape as a background to Tommie’s adventures there, which is of course why the current storyline focuses on Lu Ann’s ill-defined children-of-veterans art education project, taking place in what I guess is the Mills Gallery. Still, it may have been all worth it just to see Marty tell Lu Ann what all of us have been waiting tell Lu Ann pretty much forever.

Funky Winkerbean very, very rarely focuses on the positive. Still, the message I’m getting from today’s strip is: if your father was killed when you were a baby, maybe it’s just as well, because maybe he was an asshole you would’ve hated. 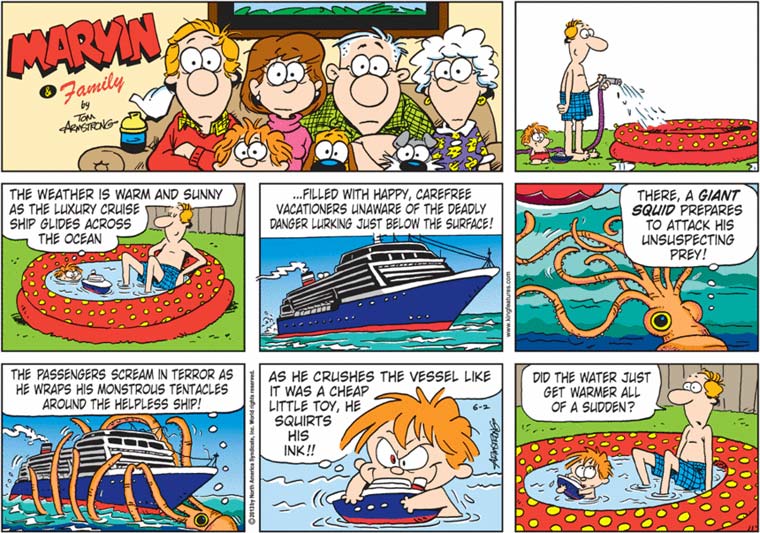 Marvin would like to take a break from its endless Marvin-pooping-in-his-pants jokes to offer you a Marvin-peeing-in-the-pool joke.