Marvin’s dad’s brief attempt to interact socially with non-wife-and-Marvin persons ended in abysmal failure when his co-worker Ted clumsily attempted to flirt with bar-ladies in his presence. I guess Jeff had been brought as “wing-man,” since there’s nothing that makes you more attractive to a woman than a dead-eyed friend with a combover? Anyway, Jeff will now briefly enjoy his home life again, at least until the next Marvin-expelled toxic event reminds him that hell is other people, no matter what their age. 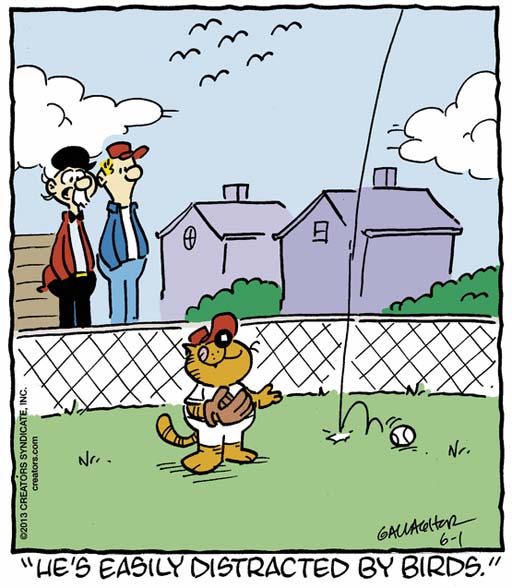 Heathcliff is taking a little break from its downward (upward?) spiral into insanity to do some classic cat humor — haha, the cat wants to eat the delicious, delicious birds! — but I still have some questions about the context here. Namely, is Heathcliff playing in an all-cat baseball game? It would explain why the outfield fence is only 18 inches high, I guess.

Having successfully expelled Frankie from their lives with righteous indignation, Darrin and Jessica are getting back to what they do best: smirking at each other while engaged in passive-aggressive one-upmanship. 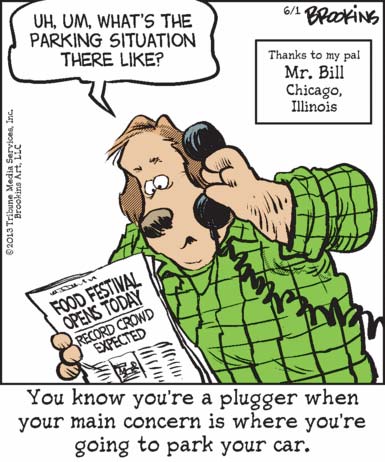 Pluggers would rather spend hours driving around Chicago whining about parking than take the elitist communist L train.