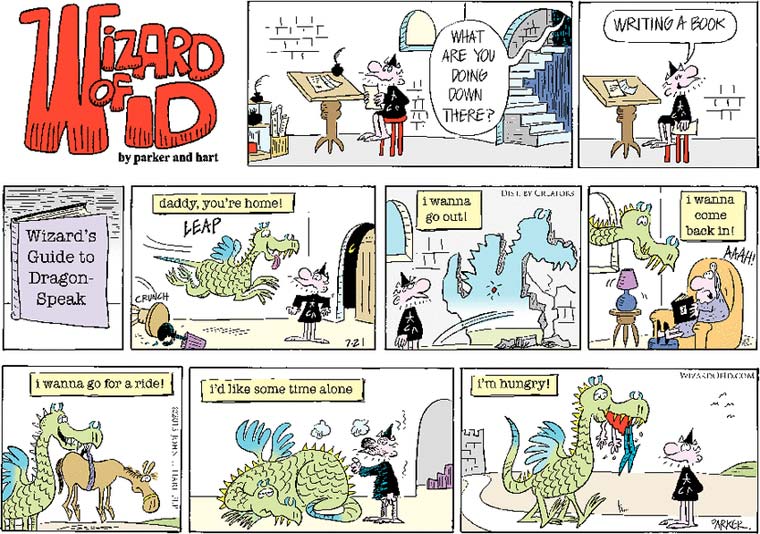 I don’t know if whoever’s currently writing Wizard of Id just got a big dog or just got bored with writing jokes about the same ten-ish characters who have been in the strip since the ’70s or what, but for the past year or so there have been a lot of Wizard of Id strips about Henry, the Wiz’s recently introduced pet dragon. As with Hagar and his cuddly bloodthirsty marauders, much of the humor here arises from the deliberately showcased contradiction between Henry-as-adorable-pet and Henry-as-terrifying-monster. I’d argue, though, that we’ve tipped a little too far towards the latter when we end a strip with an actual mangled human corpse dangling out of Henry’s mouth, with bits of blood and flesh falling to the ground like a soft rain.

Maybe I’ve fallen into some form of Stockholm Syndrome, but at this point I literally don’t want Spidey’s whiny, petulant battle of wits with a dickish eight-year-old to end. Today’s strip pretty much encapsulates everything that’s made it great: Spidey apologizing to the startled flight attendent by explaining that he only reacted to so violently because he thought she was a child; the kid taking every opportunity to remind Spider-Man that there are other, better superheroes in the world; and, of course, Spidey’s epic soda-slurping staredown with his scowling pint-sized antagonist. I am 100% certain whatever superheroic combat awaits our hero in Costa Verde will be infinitely less thrilling that this. 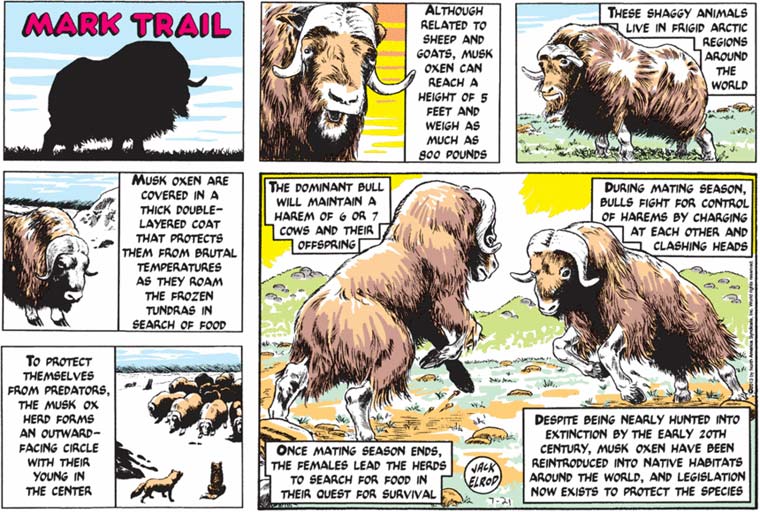 Harems? Sex fights? No wonder our society is coming apart at the seams, when immoral filth like this appears on the so-called “funny” pages.