In a neglected roadside nature museum sits a dusty diorama labeled “The Eagle.” But there is no eagle — just the shattered skeleton of a fox lying on a patch of bloodstained dirt near a few tufts of reddish fur and what might be part of an ear. The yellowing card reads, “The diet of the American Bald Eagle is almost entirely fish. An eagle will not attack a fox unless it competes for the eagle’s food or otherwise provokes it.”

What I’m saying is don’t piss off the eagle, Sly. I mean just look at him, Jeez.

Oh look, it’s Beetle’s Dad! Did you know he’s also the father of Lois Flagston from Hi and Lois? His wife starves him until he completes the work she’s assigned! Just like in the Army! 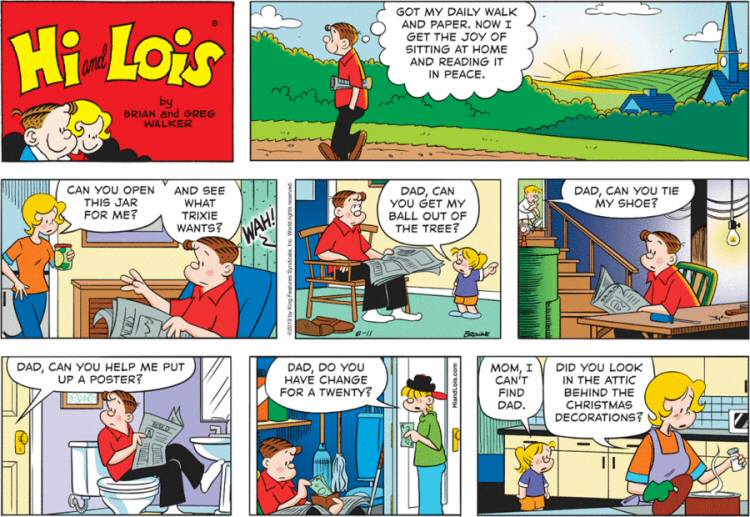 No starvation for Hi — Lois keeps meat on those bones with a steady diet of nutritious soups. But his family’s relentless petty demands give him no peace, and drive him by degrees to the farthest margins of his home. Lois is blind to his suffering — this is just the way families are, isn’t it? 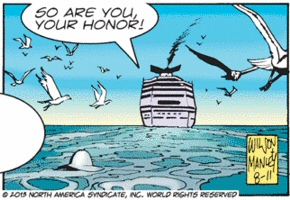