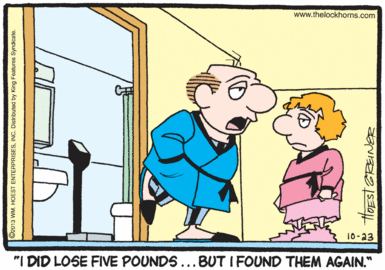 Never let it be said that long-running legacy strips don’t occasionally enjoy innovating! For instance, today’s Lockhorns brings us a new perspective on Leroy and Loretta — specifically, a perspective about nine inches above their bedroom floor, for some reason. Normally I think of the Lockhorns as being fairly short and squat, but today we experience what it would be like to be a tiny, tiny creature over whom they loom menacingly! 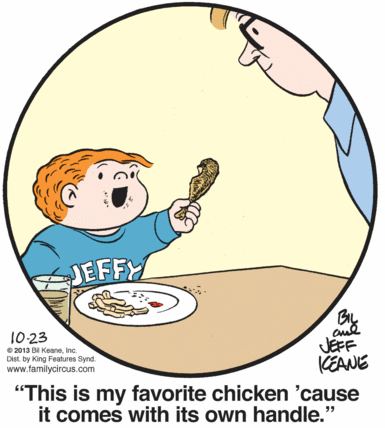 I can’t even tell you how happy I am that Jeffy has a sweatshirt (t-shirt? it’s hard to tell, given his freakishly stumpy arms) that just says “JEFFY” across the front in big letters. Do you think it’s so that in case he forgets who he is, he can look down and be reminded, both by his name written there and by all the chicken grease stains? 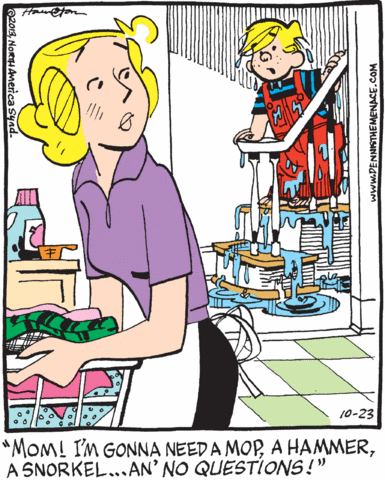 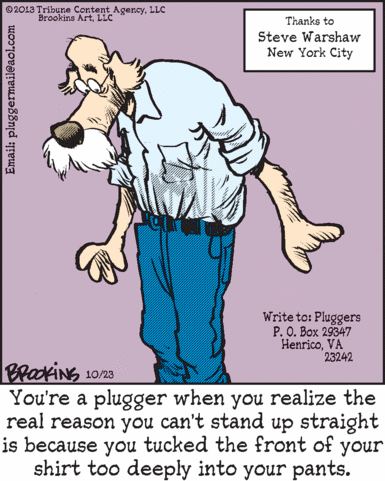 Danger, Pluggers, danger! The only reason anyone from fancy-pants New York City would write into you would be to make fun of your readers and their horrible fashion sense! Do not use their suggestions in your comic! Also, you have terrible crippling osteoporosis.