What is the relationship between art and reality — among the dreamer, the dream, and the dreamed? Magritte gives us one viewpoint, Snuffy Smith another.

Snuffy reveals how the artist not only creates a work but selects its audience, source of his reputation and claims to authenticity. He is his own best example: once a mere usurper in Barney Google’s strip, he now asserts his own membership in the very elites who read his Sunday “throwaway panels” in their expansive flatlander newspapers or on high-falutin’ electronic devices. With a delicate hanky-dab at his nose, he rises — refined and redefined, “Snuffy” no more! 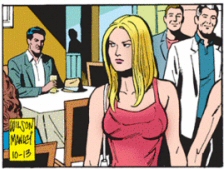 Boy, this lady sure hates hats, doesn’t she? 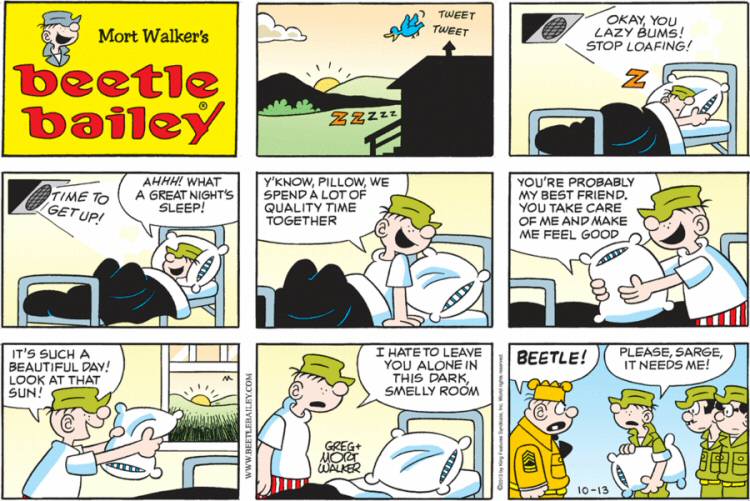 You know, there are plenty of attractive and willing human partners around, like Sarge’s Sgt. Louise Lugg, Beetle’s Miss Buxley, and Killer’s groupies, but it’s all surrogates with these guys: robots, trees, and again with Beetle’s beloved pillow here. I’m just saying that’s kind of messed up. 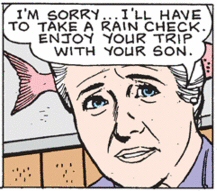 We had to wait a long time to see Mary’s head impaled on a fish, but I think we can all agree it was worth it.

Mooch ignores the comics’ prohibition of “FLICK” to imply that Earl has sex with his own parasites.